Painting a Napoleonic building in 1/72

Jim recently did another of his beautifully crafted "German buildings" suitable for a Napoleonic wargame though I decided to paint this myself, though there is no doubt his standard of painting far outstrips mine.

I have taken his suggestions on board. The model arrived pre-painted in a dark brown. One of the buildings can be removed for ease of access.

Jim suggested I dry brush the woodwork with several layers finishing with a lighter brown. Then I moved on to the "pinkish" building. Two hours later one evening, this is as far as I have got! 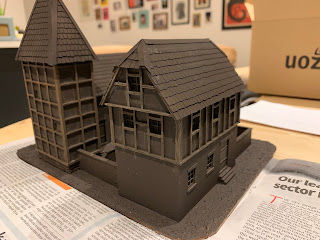 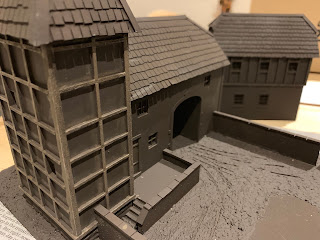 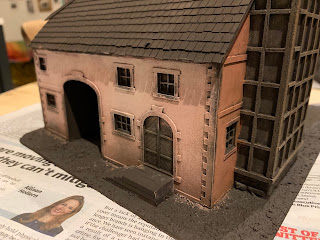 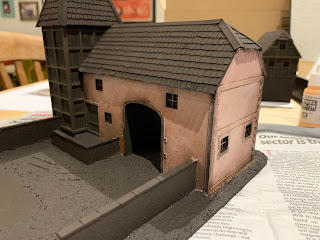 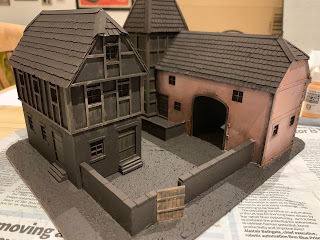 Finished a Wurzburg battalion to represent the two battalions that fought at Dennewitz in 1813.
The uniforms are very close to a standard Italian battalion, but this battalion will be brigaded with French troops under the command of Durette. (32nd Div) (Reynier being the Corps commander) The other two Divisions being Saxon.

The mounted colonel is from Art Miniaturen as are the grenadiers and voltigeurs. The line companies have been drawn from figures produced by Hagen. Sizewise they are a perfect match. I decided to paint the gaiters in white rather than black below the knee, just to make a change. The flag is from the freebie site warflag.com

The Wurttembergers are presently in Australia waiting to be painted by Dan Dunbar.