A hard fought game lasting all day. The French left flanking plan came a little unstuck, owing to the fact that the Allies had massed 90% of their cavalry on the same flank. So while this sector, west of Hougoumont did not progress so well for the French, other areas did better.

The briefing for our umpire for the day: (initial deployment where the French were unable to see what they were up against) 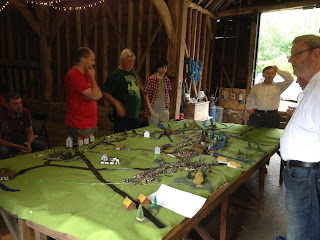 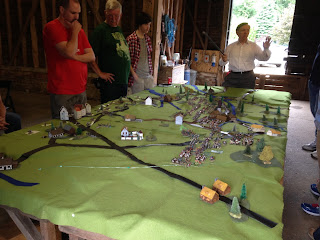 The French left flanking attack was largely concealed behind the ridge line. (the thin green string in the foreground) 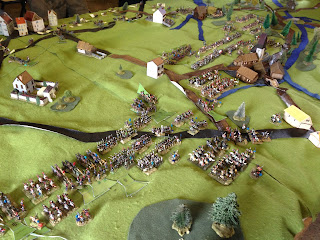 Vandamme gets ready to hit Hougoumont. (or go round it we intended) 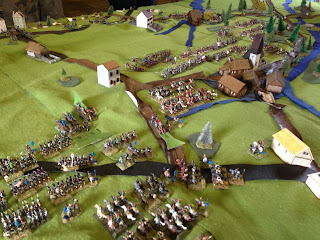 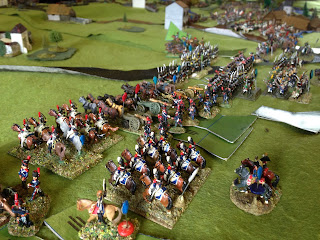 Hougoumont was finally taken (Vandamme) towards the end of the day and the centre (D'Erlon) was punched once the French realised that "if all the Allied cavalry were over there, they can't be here also!" Reille's II Corps not just held the right flank but used dead ground with his limited cavalry to surprise English infantry in line. Light infantry swamped the woods. He also pounced on the one bridge the Prussians were hoping to cross, forcing units into square and bottling up Prussian progress.

In the end it was a French victory but the Guard infantry would have been of more use in the centre rather than on the left flank. Just keen to do something different. The Allies did as well as could have been expected.

Apologies for the limited photos…I was too busy making excuses as to why the Guard were not being properly utilised.

I have the unenviable task of trying to defeat the Allies this coming weekend in a 15mm game on an 11 x 6 foot table. The umpire has allowed both sides to deploy anywhere within the bold line and I am banking on the Allies using the reverse side of their ridge in the usual way.

The French will have six players and a similar number for the Allies. 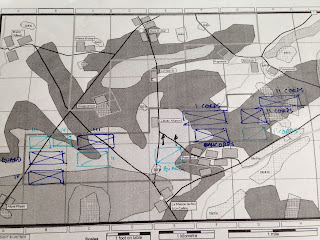 So from left to right:
III and IV Corps Cavalry to spearhead a left flanking attack, supported by Vandamme's III Corps who will hopefully "isolate" Hougoumont. This cavalry attack will have four HA batteries and be closely followed by the Guard and eventually IV Corps. II Corps cavalry will also assist and this Corps has both cavalry divisions detached from III and IV Corps making this a sizeable force.

The right will see a feint attack by Reille's II Corps with the aim of taking Frichemont and Smohain but going no further. This Corps has a good % of light infantry who will pack out the woods which will help to channel any Prussian attack coming from the east. Artillery and cavalry from II Corps cavalry will cover the gaps. This defence (against the inevitable Prussian attack) will attempt to hold a line from Smohain in the north down to the river line. A little like scissors, paper, stone….if the Prussians approach with infantry they will have to form square from the cavalry threat. If they approach with cavalry they will either have to wheel to face the French cavalry of risk being shot at in the flank by the French guns. Holding the woods will be key.

If the Prussians attack from further south towards Plancenoit then VI Corps may have to fall back and defend the buildings whilst deploying its two light brigades in the woods beyond.

The majority of the French artillery will be on the left and centre. Just two FA batteries and two HA batteries will be covering the right.

Much will hinge on the success on the left.
Posted by Unknown at 06:05 2 comments: 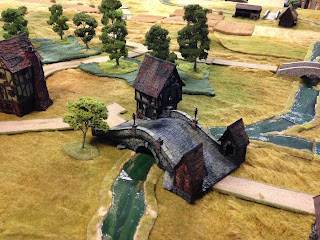 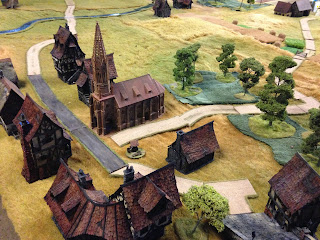 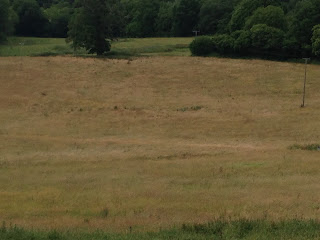