The two villages constituted the objectives. French efforts to cross the river and seize the farmhouse were thwarted by the Loubny Hussars and once the Russian supporting artillery arrived, the odds looked grim for the French. Even the Polish lancers and French Guard Dragoons failed to impress. The failure of the French to support the crossing with either a cavalry screen or deployed artillery on the hill made for a Russian victory on this flank.

The other flank also made for grim reading as the Russian Dragoons supported by Russian Guard Hussars and Cossacks annihilated the french cavalry and again forced French infantry into square.

In the centre French dragoons sat around being shot at and never launched an attack. One regiment of French Curassiers did however manage to rout two Russian cuirassier regiments. God knows how. The French Old Guard did finally launch a desperate frontal attack at the end but with artillery against them on both flanks the attack was put to flight once it had finally reached the Russian Guard formations. From then it would just be a matter of time before Russian troops took the village. 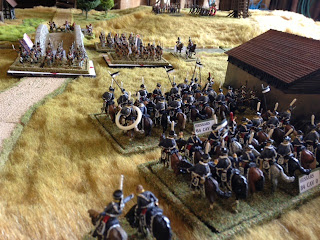 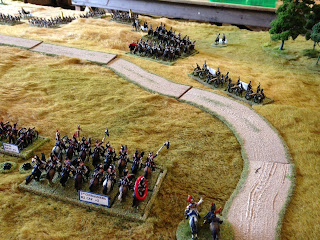 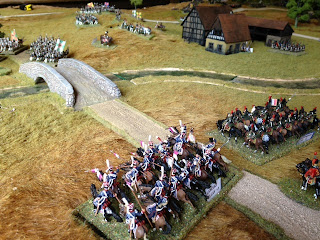 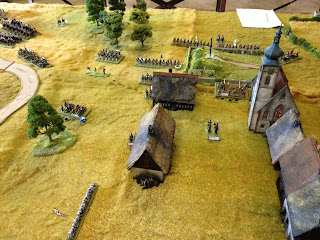 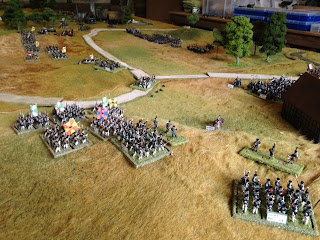 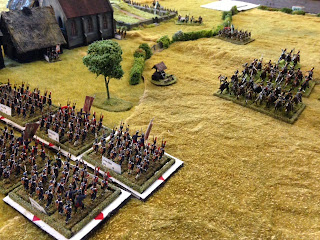 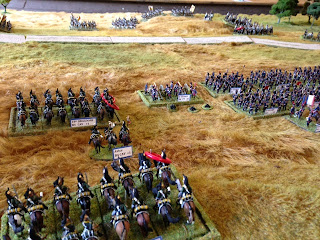 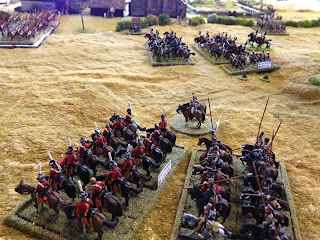 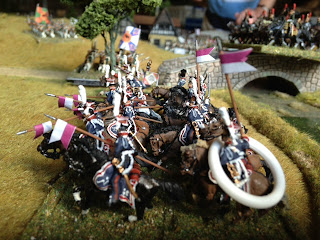