An excellent game was held in the barn with 20mm Napoleonic figures a couple of weeks ago. 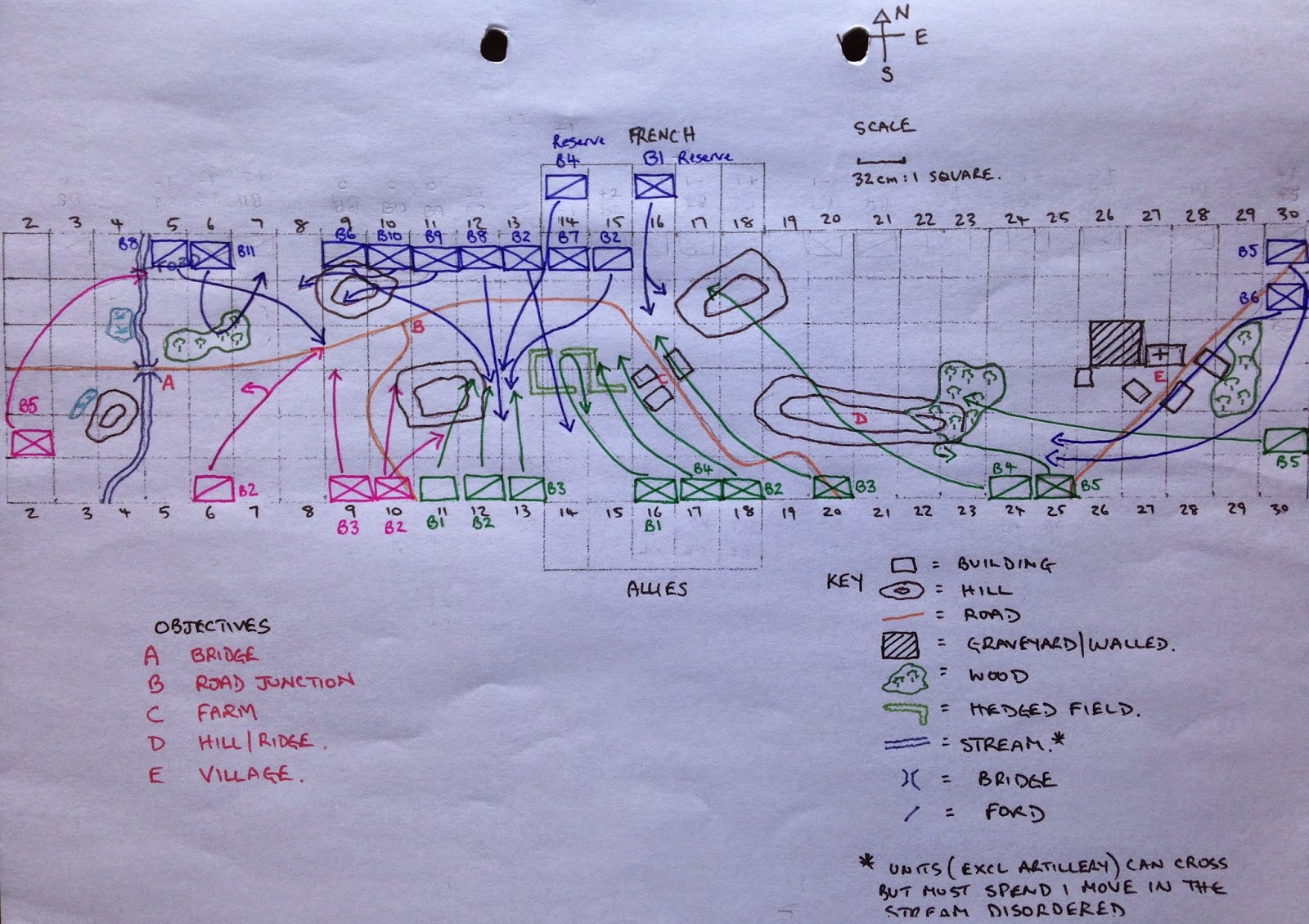 French strategy was to punch a hole in the centre, whilst the Allies had a more balanced deployment. A mixture of Prussian and Russian cavalry in the centre meant that the French assault had to be delayed.

The French right wing was made up of a weak Saxon Brigade and a weak cavalry brigade which proved no match for the Prussians.

The Russian right wing did not fancy their chances against a stronger French left wing made up of the 19th and 23rd Dragoon regiments with infantry support. The Russian Cossacks withdrew into the wood. As a result the village was easily taken by the French with hardly a shot being fired.

The cavalry clash in the middle decimated both sides but left the French weaker. With little cavalry where it mattered most, the French advance in the centre, spearheaded by the Young Guard and Polish brigades, could not be exploited. It all ground to a halt when the Allied cavalry threatened.

The French Old Guard, when they finally did appear, were also unable to take the farm as Russian Lubny and Soum Hussars controlled the gap in the French deployment.

In the end, a marginal Allied victory. 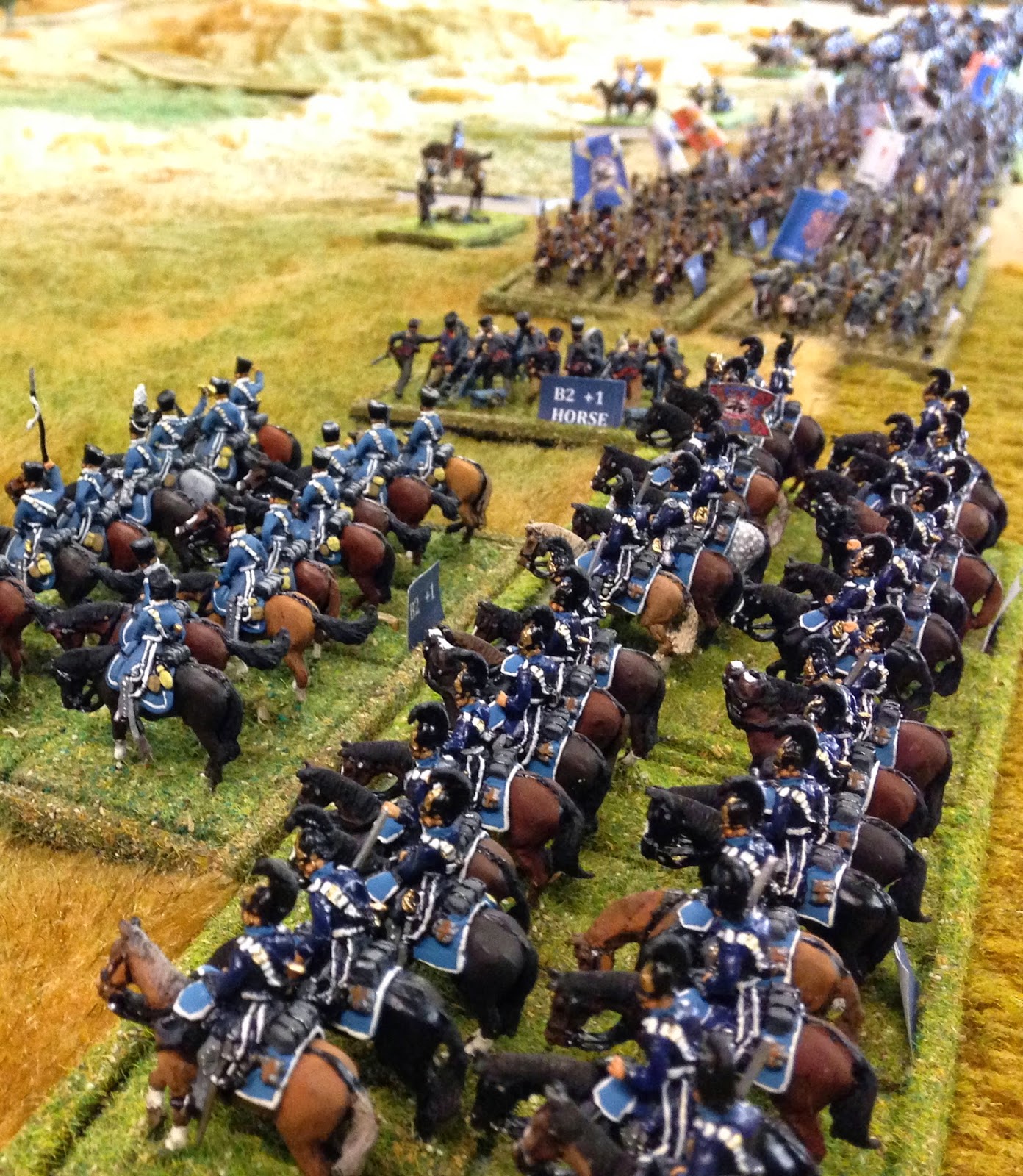 Prussian Cuirassiers and Dragoons are deployed. 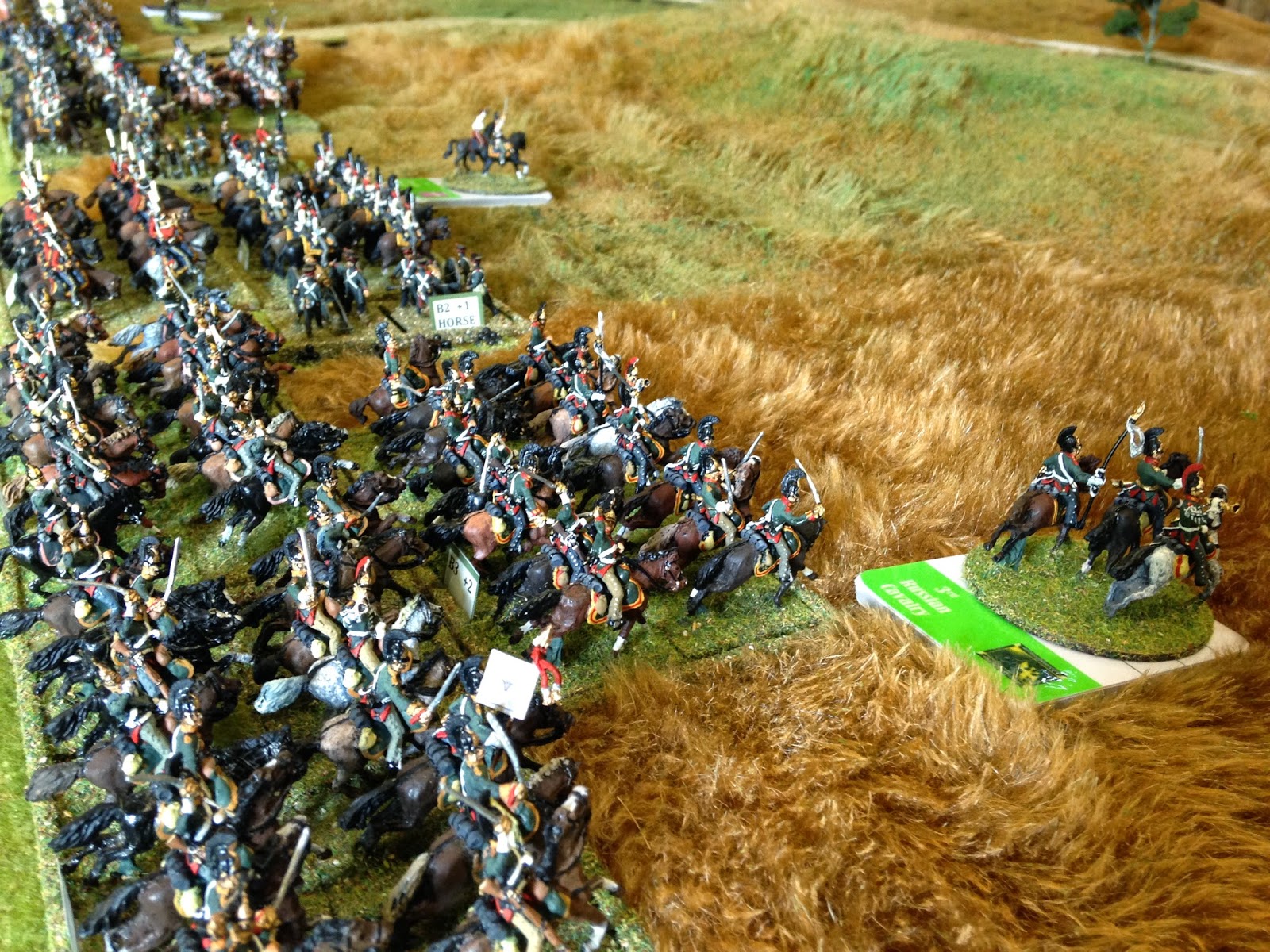 Russian Dragoons with support from line Cuirassiers and Hussars of the Guard. 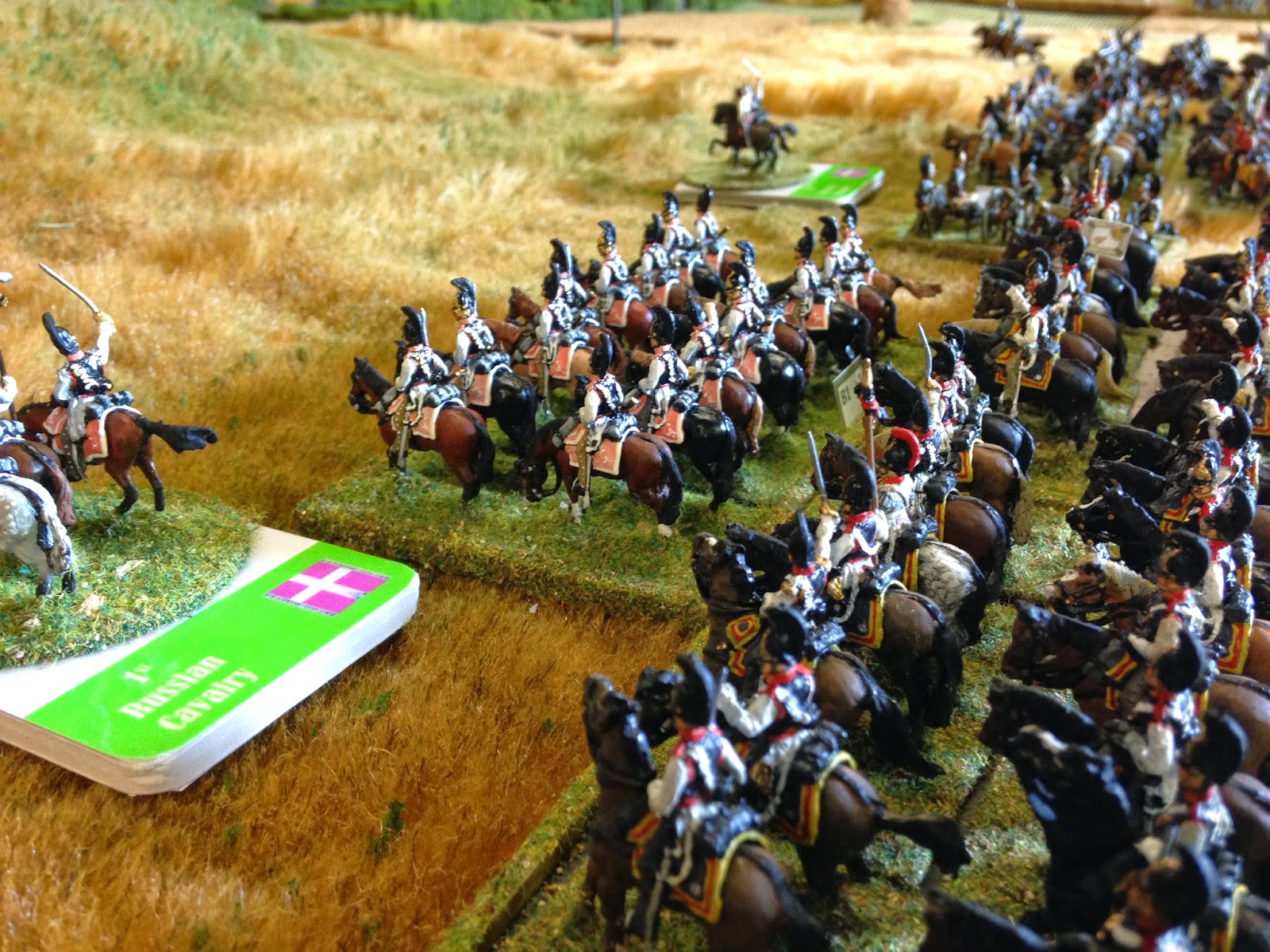 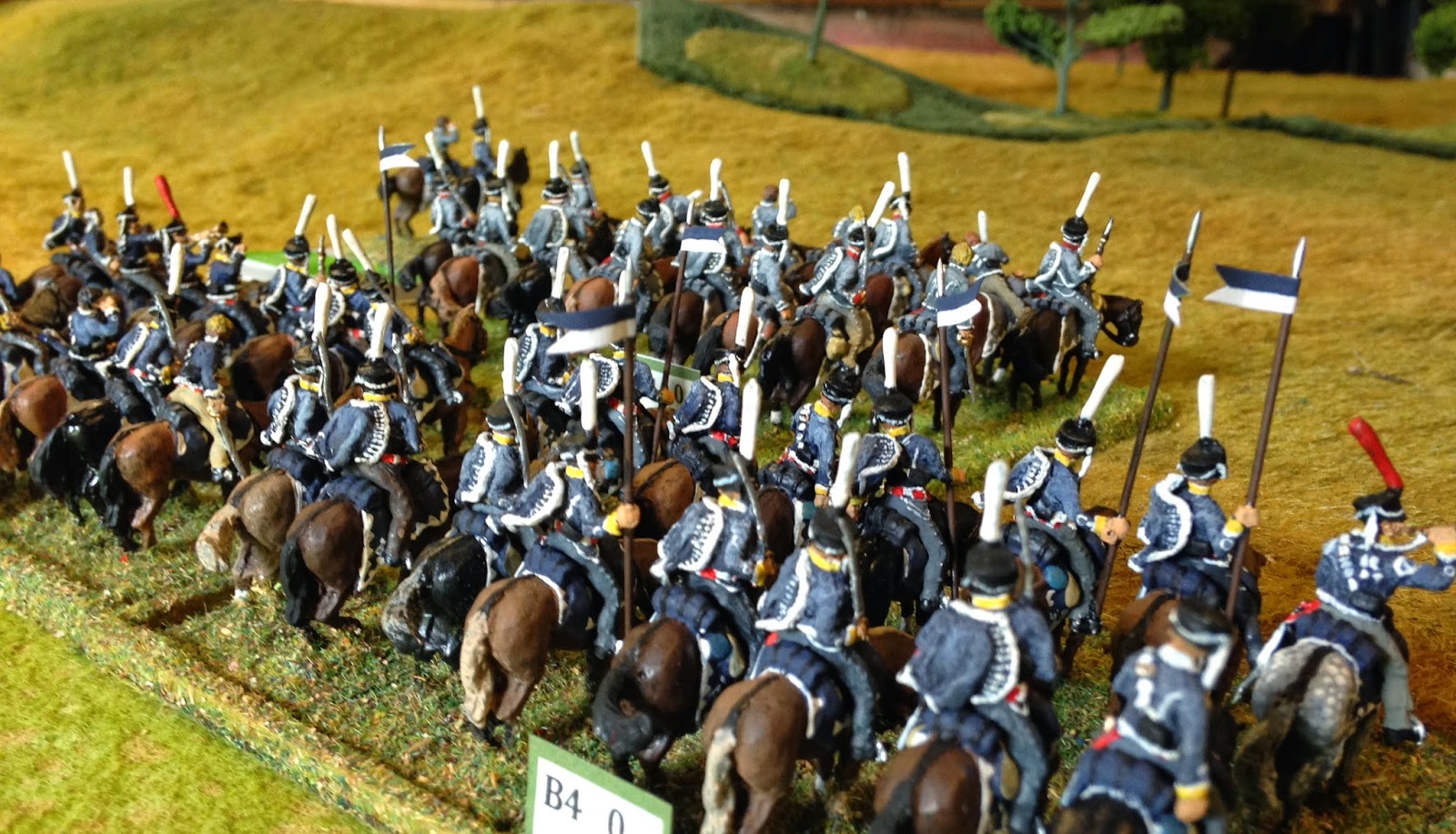 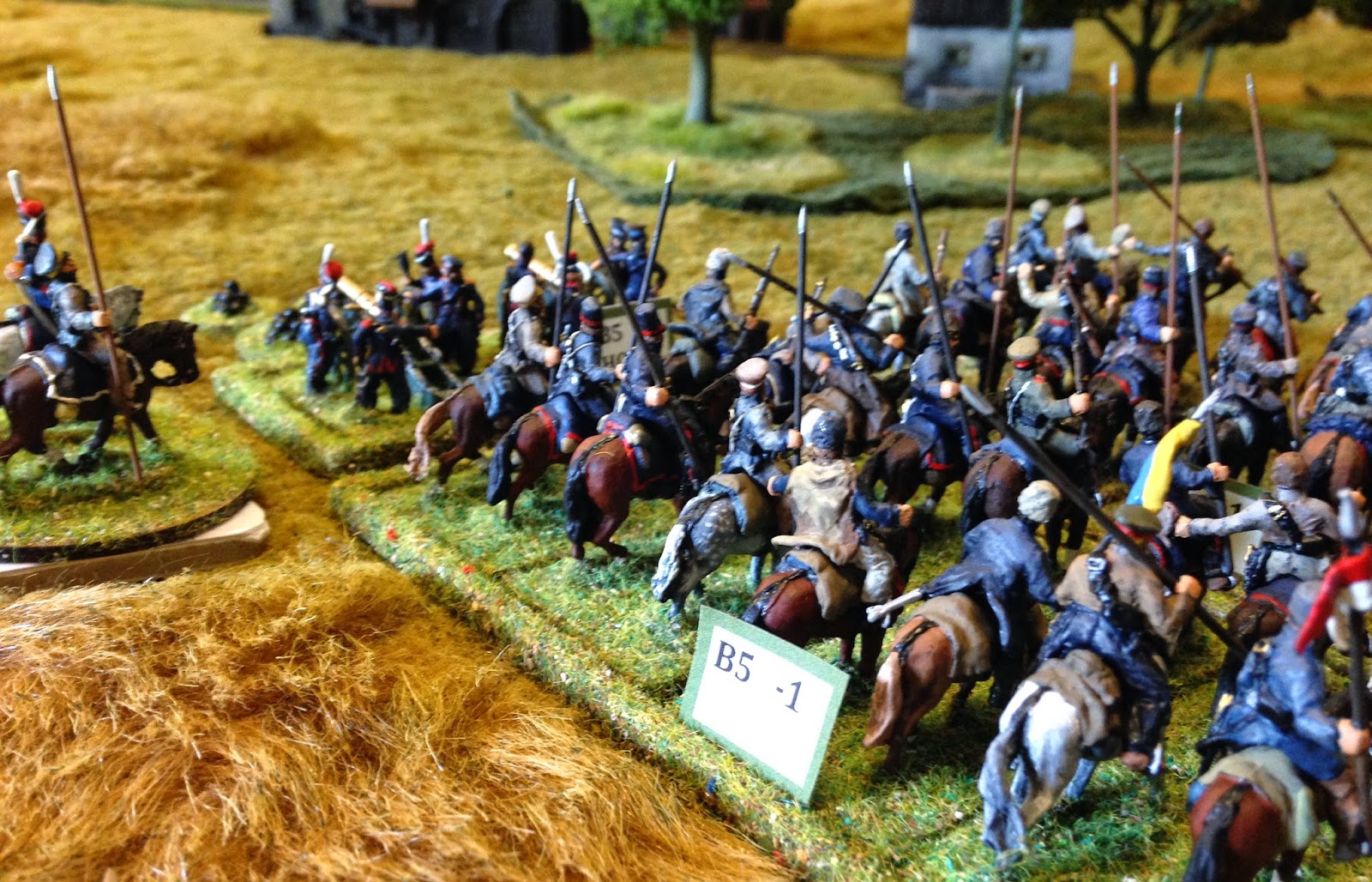 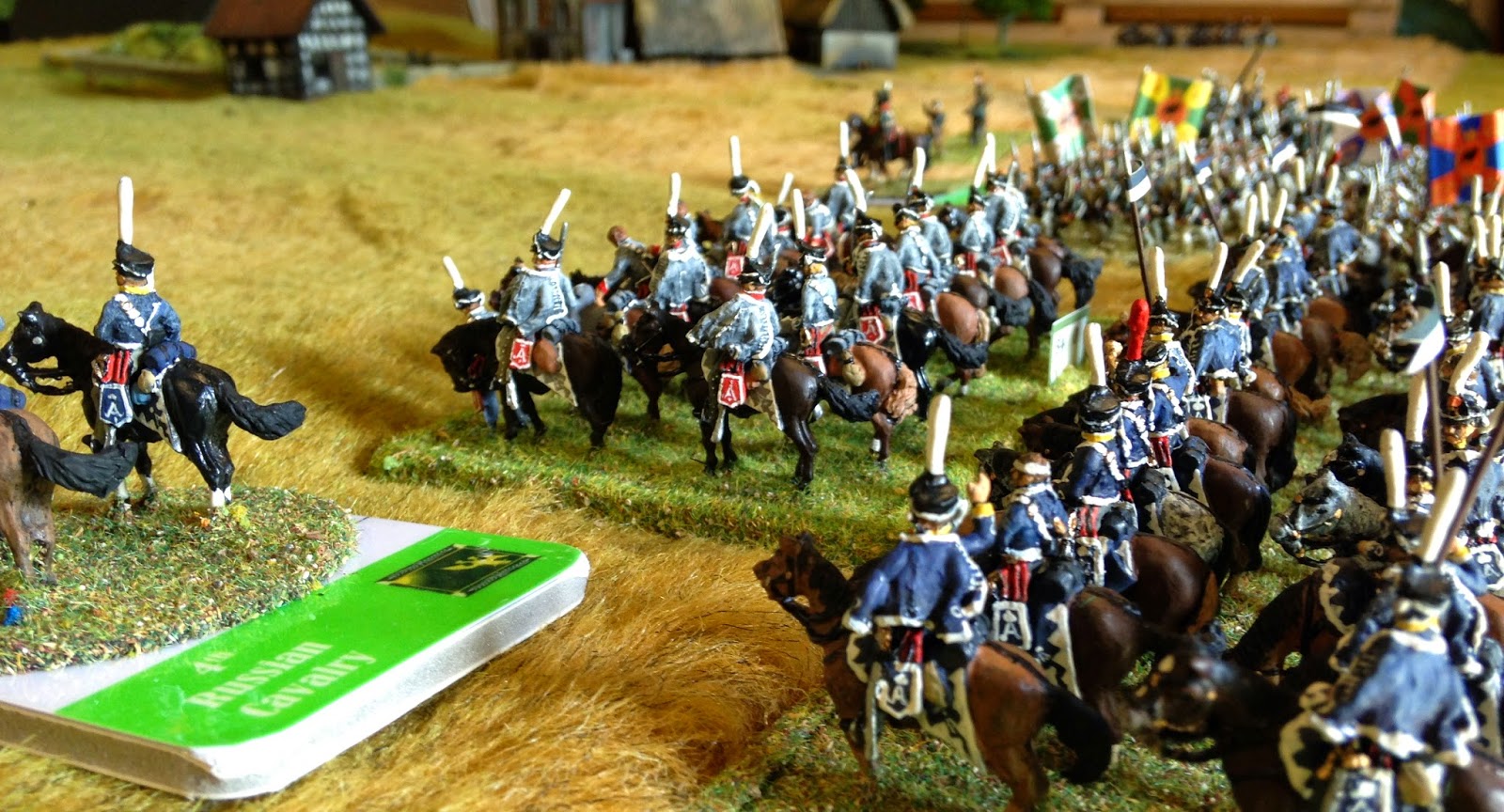 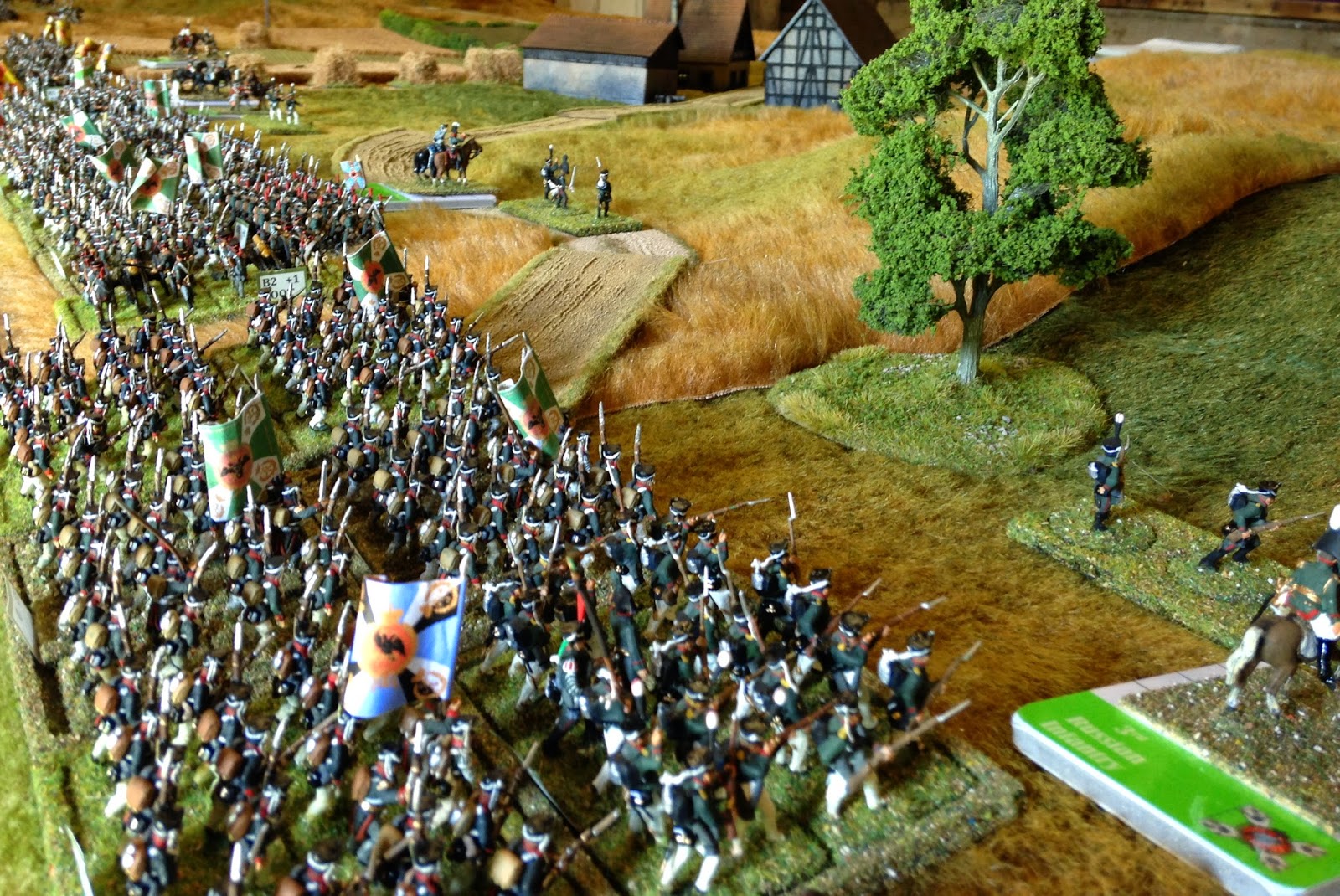 Russian infantry in the centre. 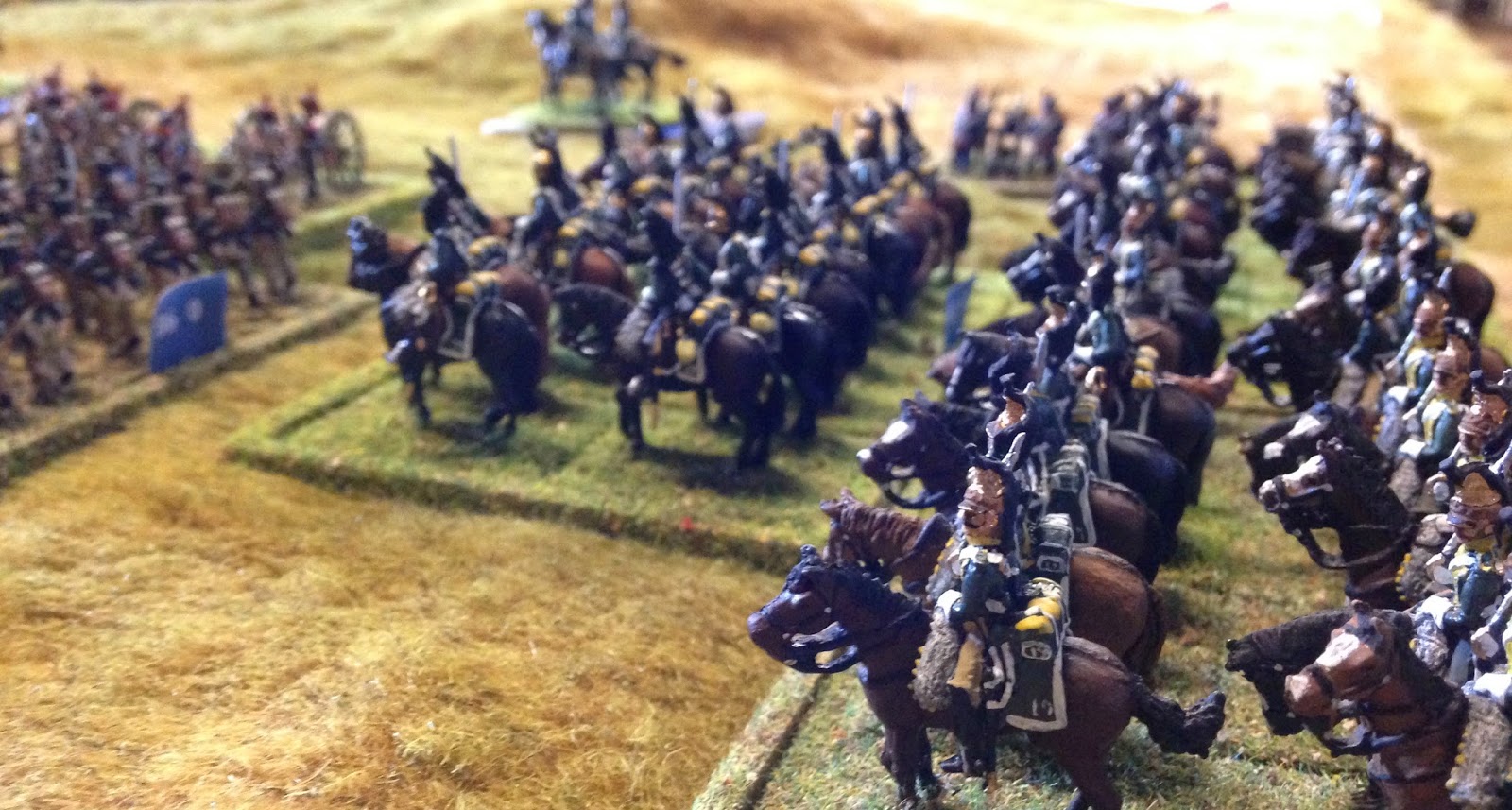 French Dragoons on the right wing. 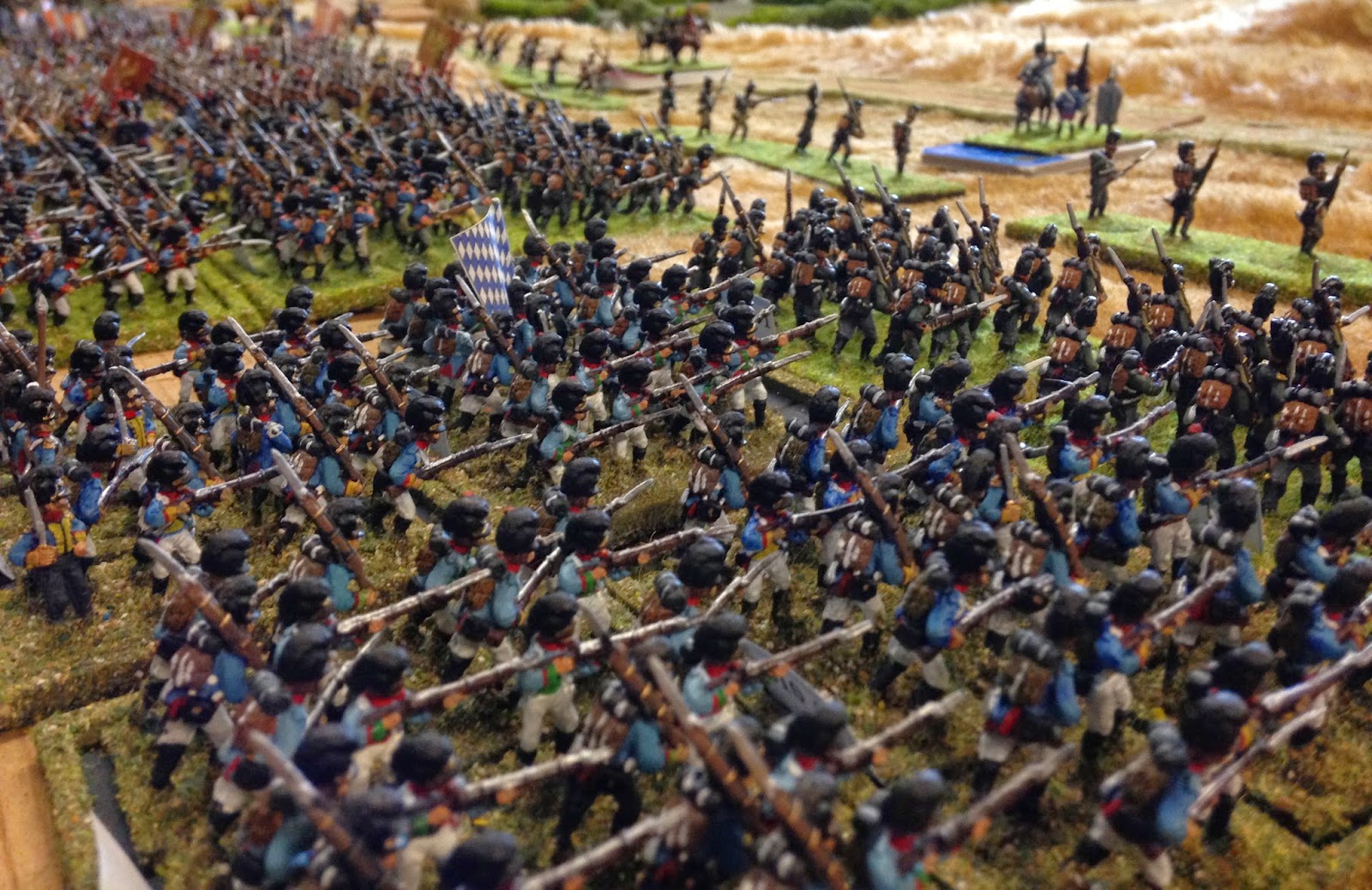 The Bavarians, with two whole brigades, did little of note throughout the battle. 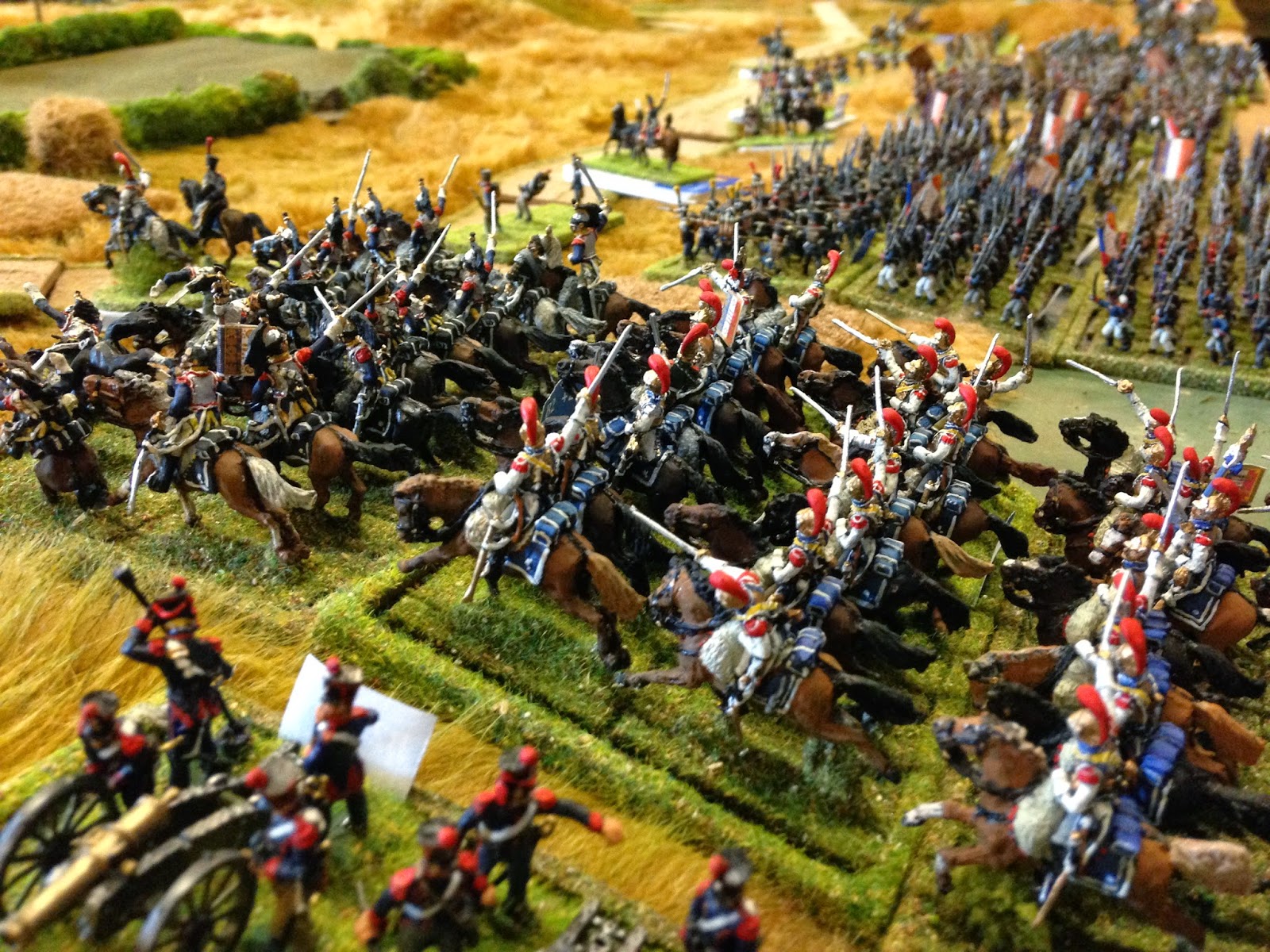 French Cuirassiers and Carabiniers in the centre 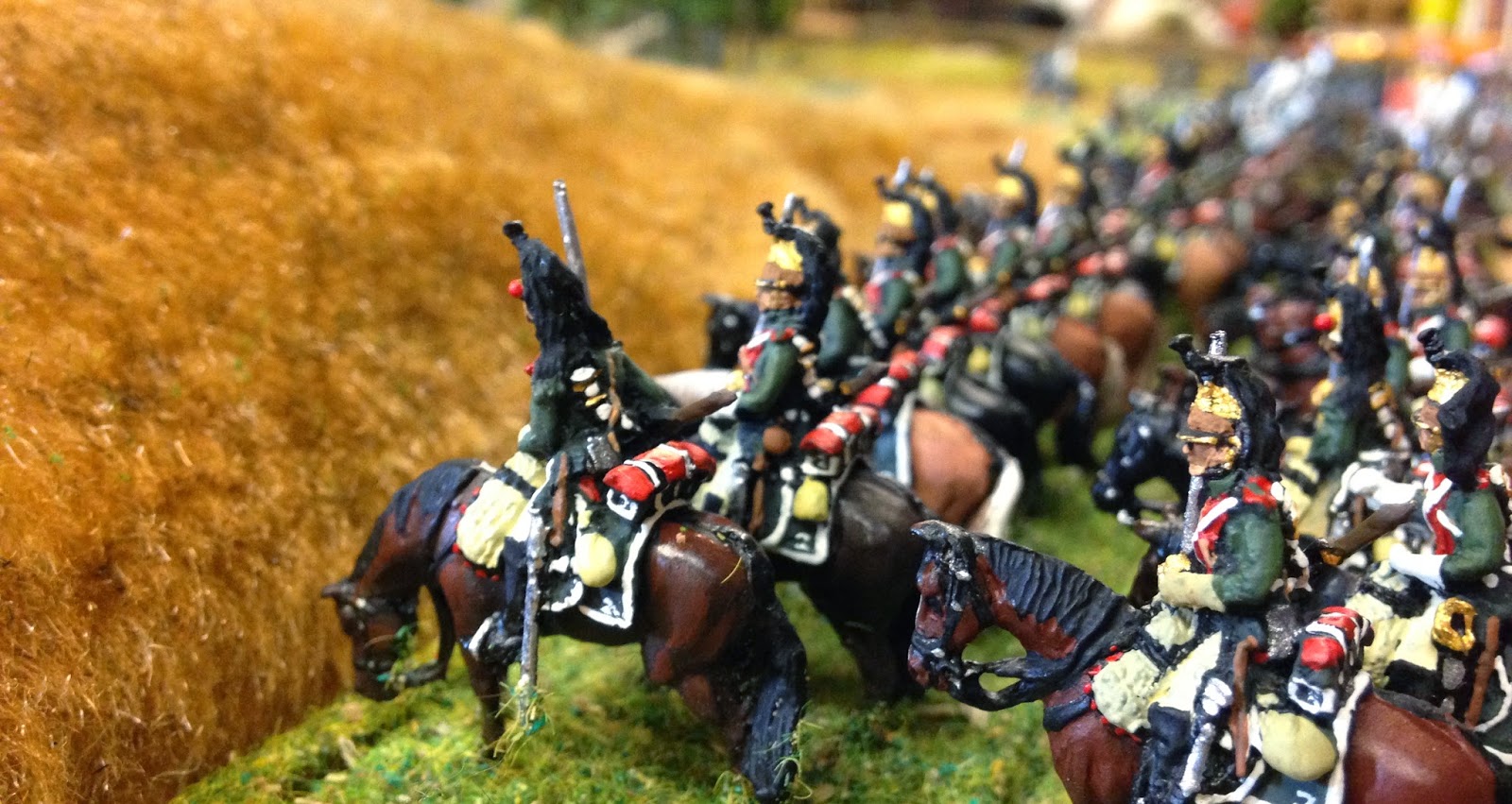 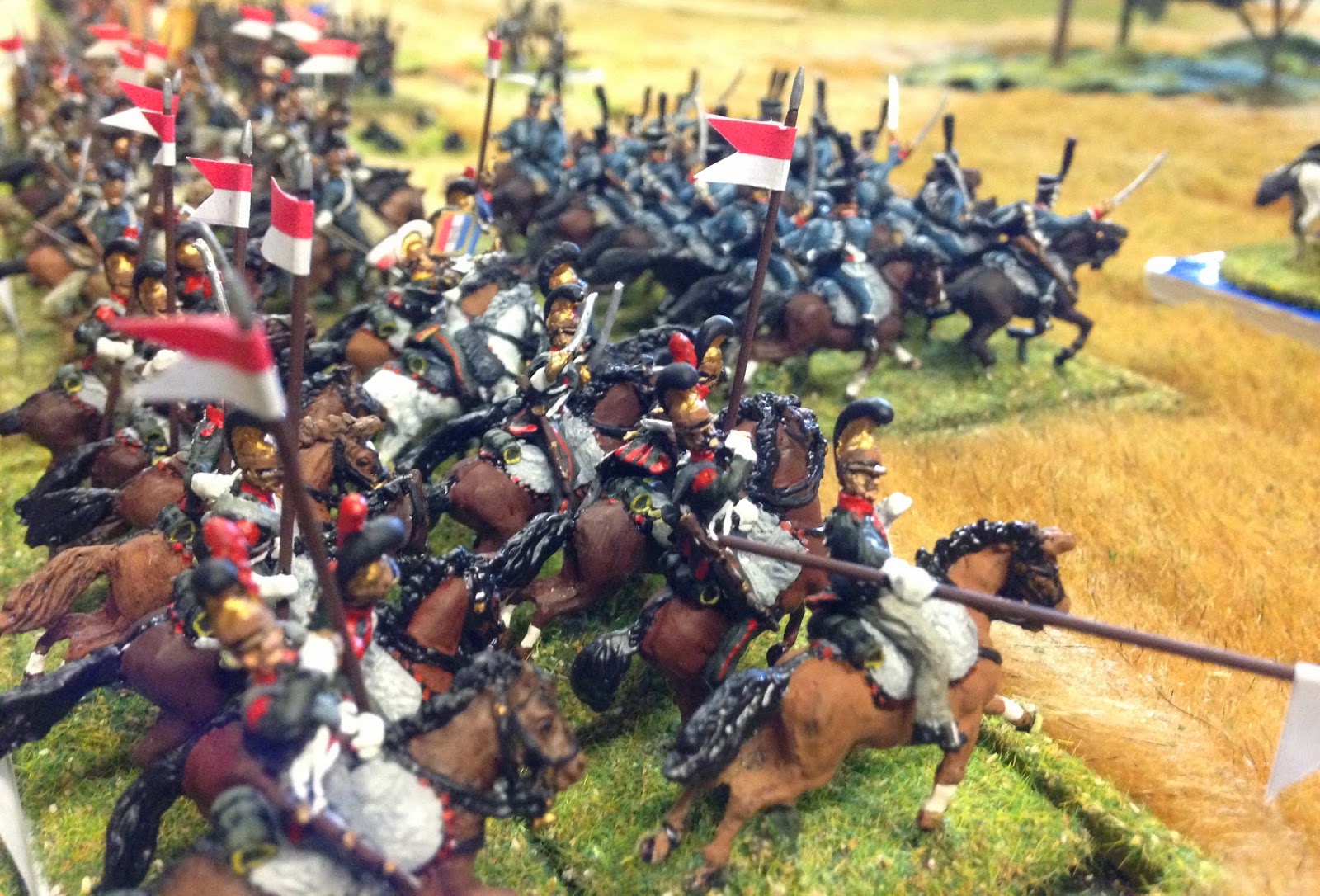 French infantry. Note the figures on the left are in fact plastic (Zvezda) 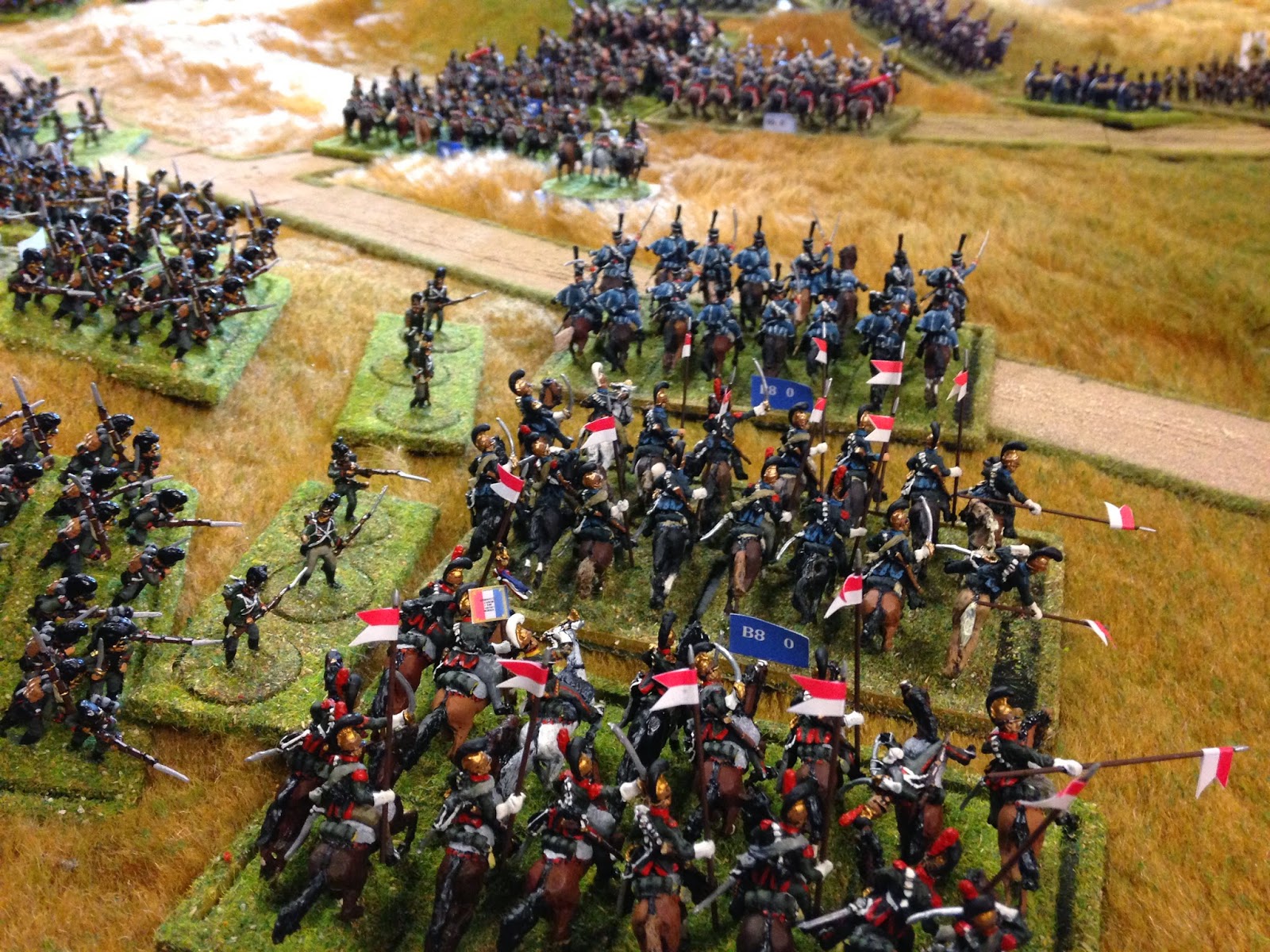 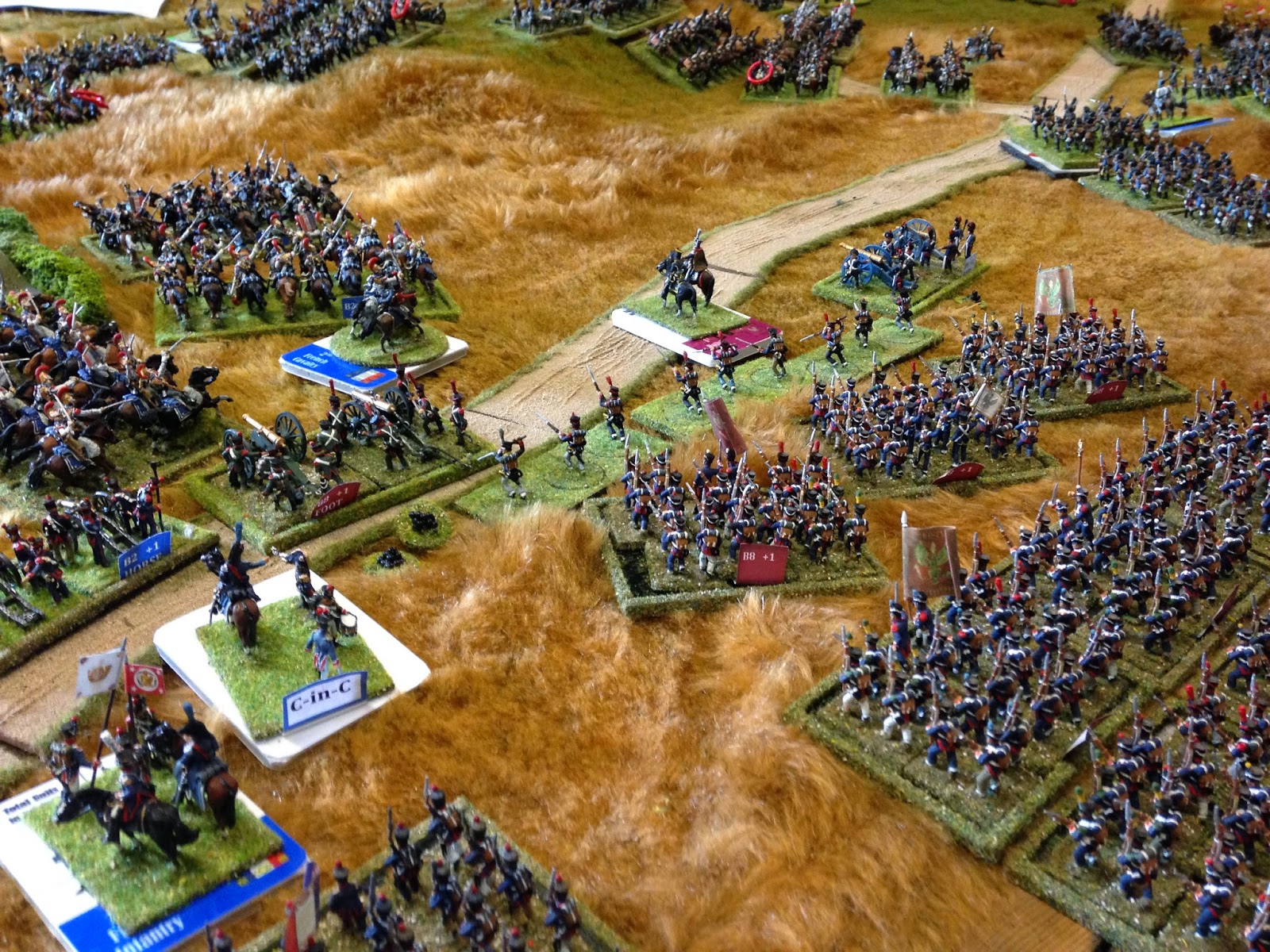 The Polish brigade begins its advance. 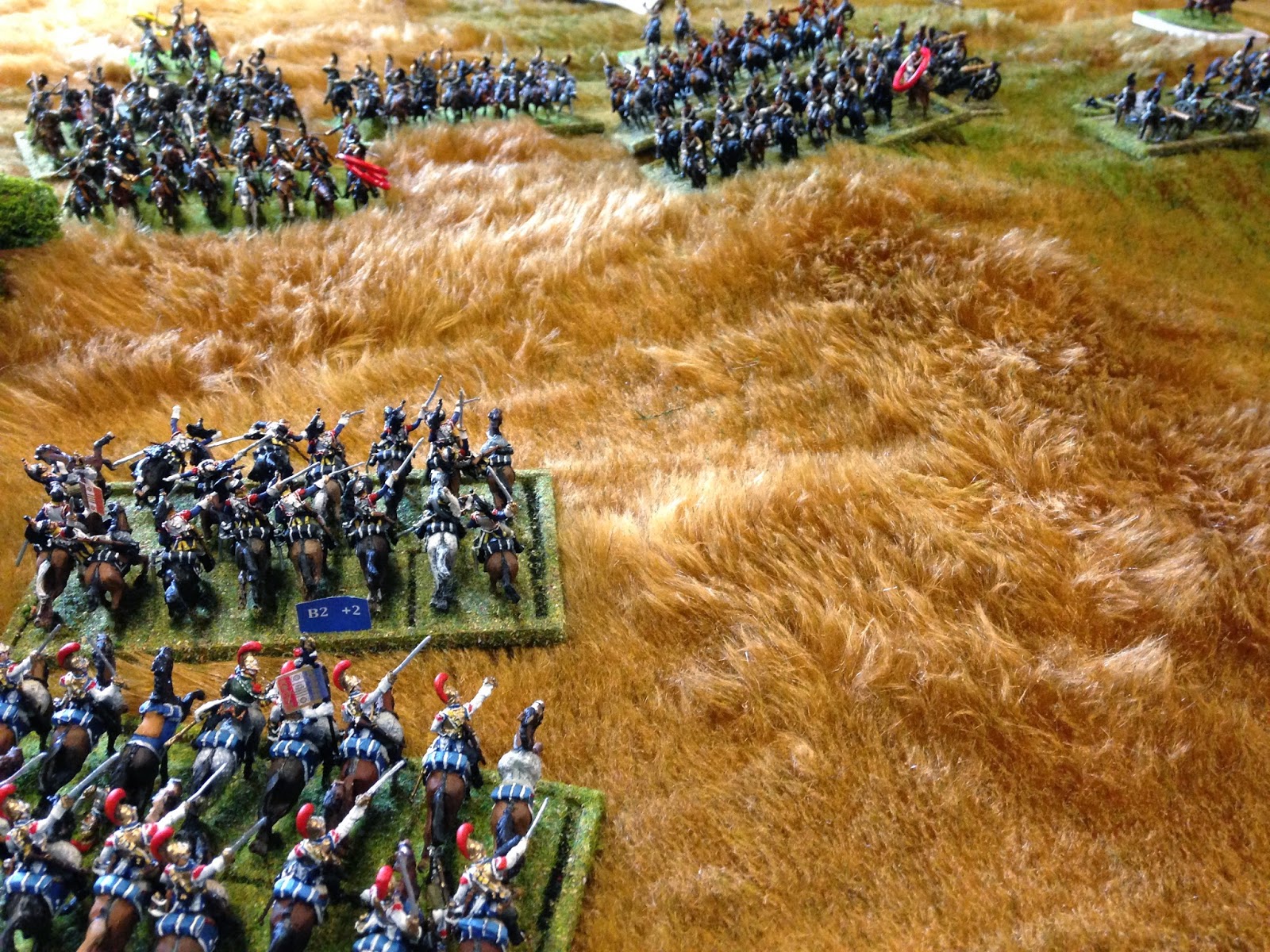 The French heavy cavalry prepare to take on the Russians in the distance. 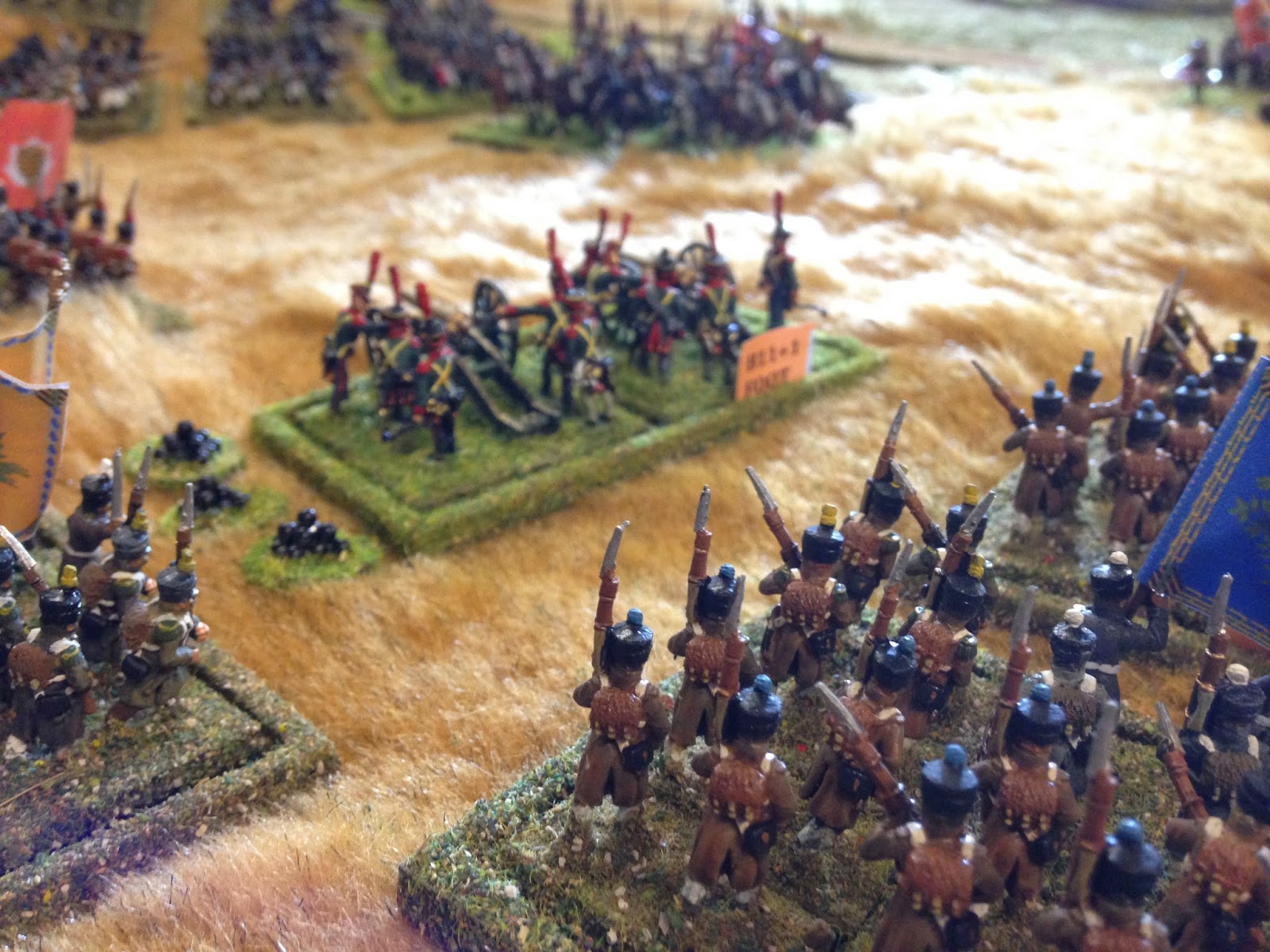 Saxon infantry and a foot battery. 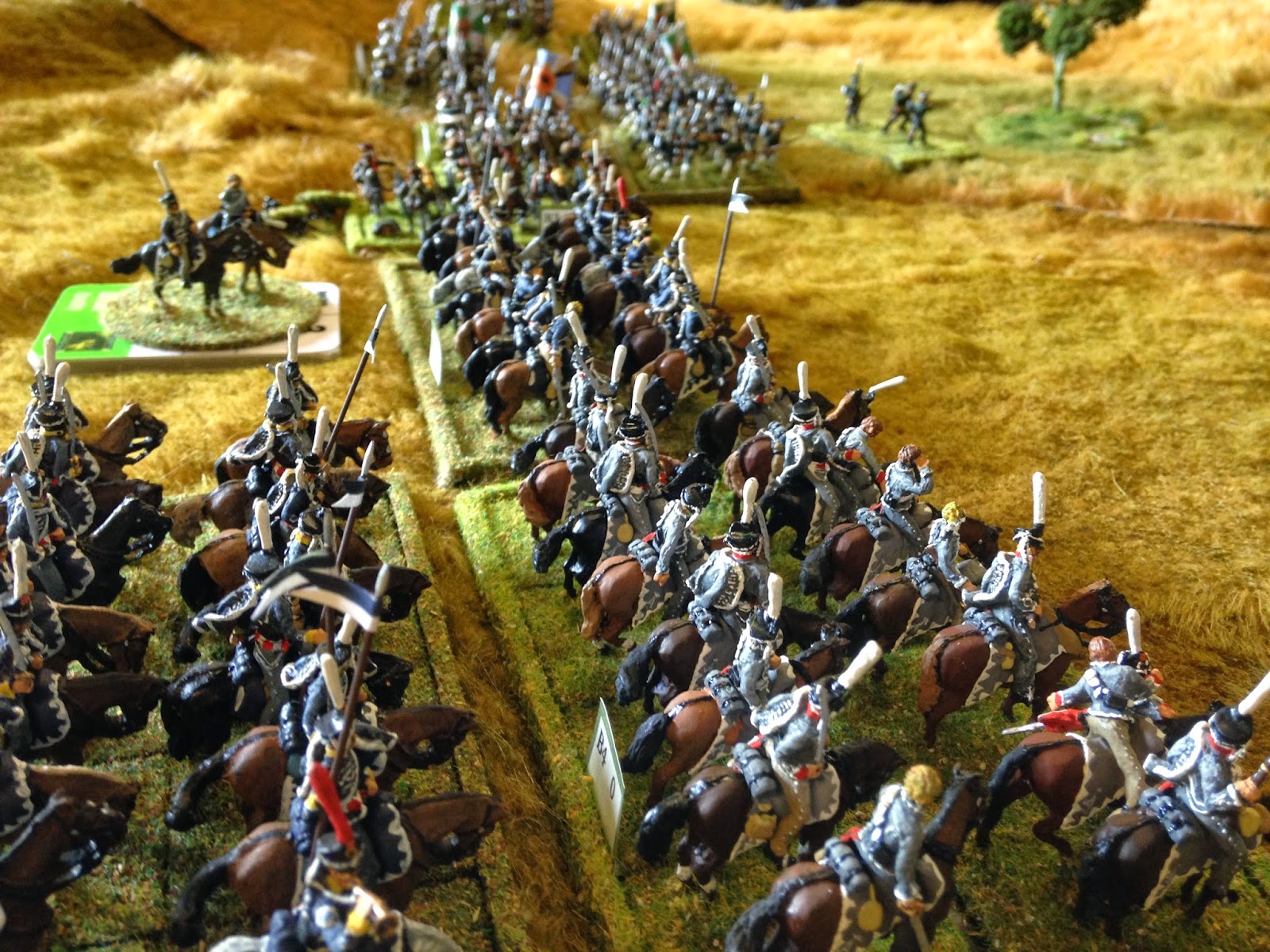 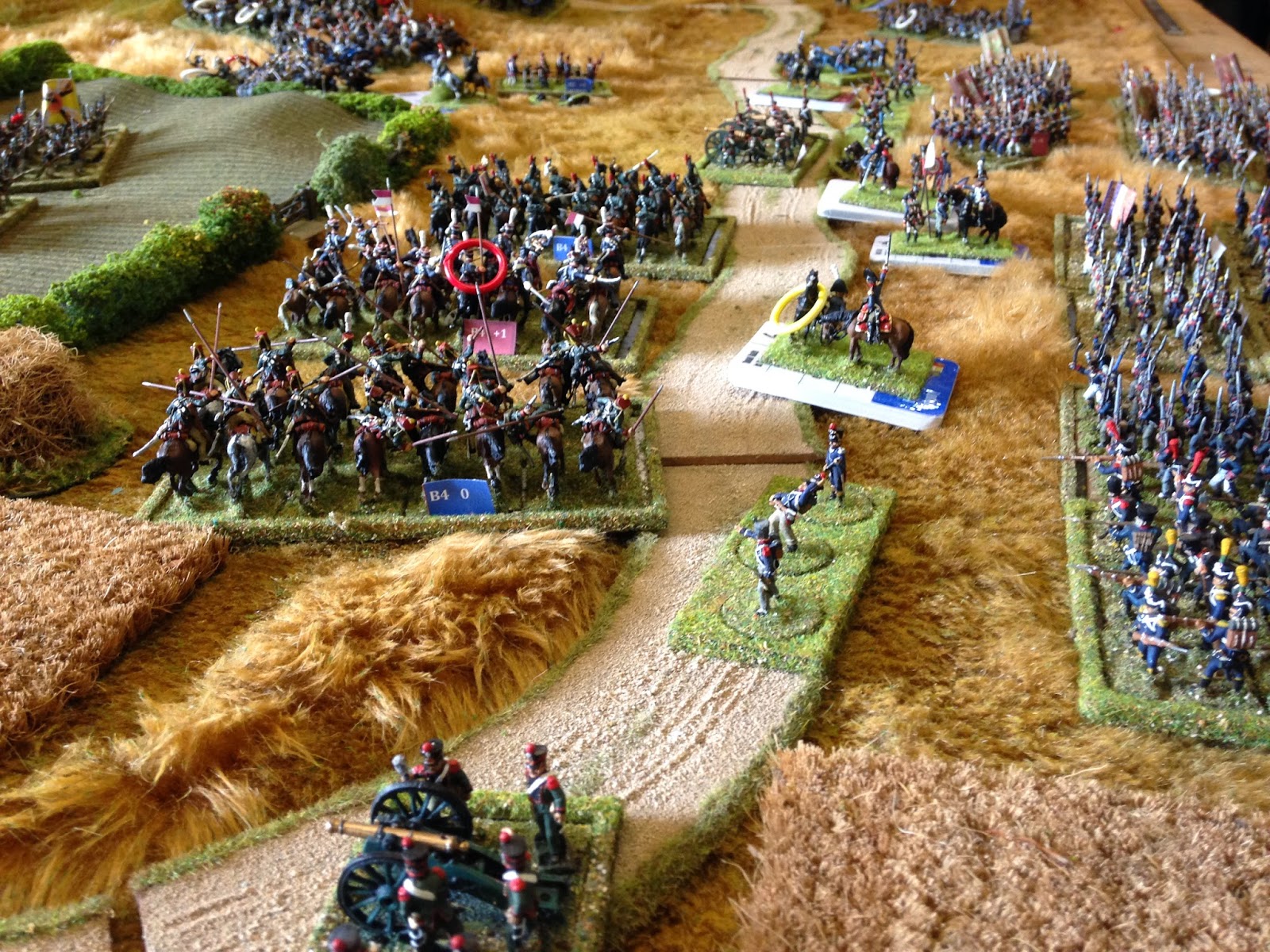 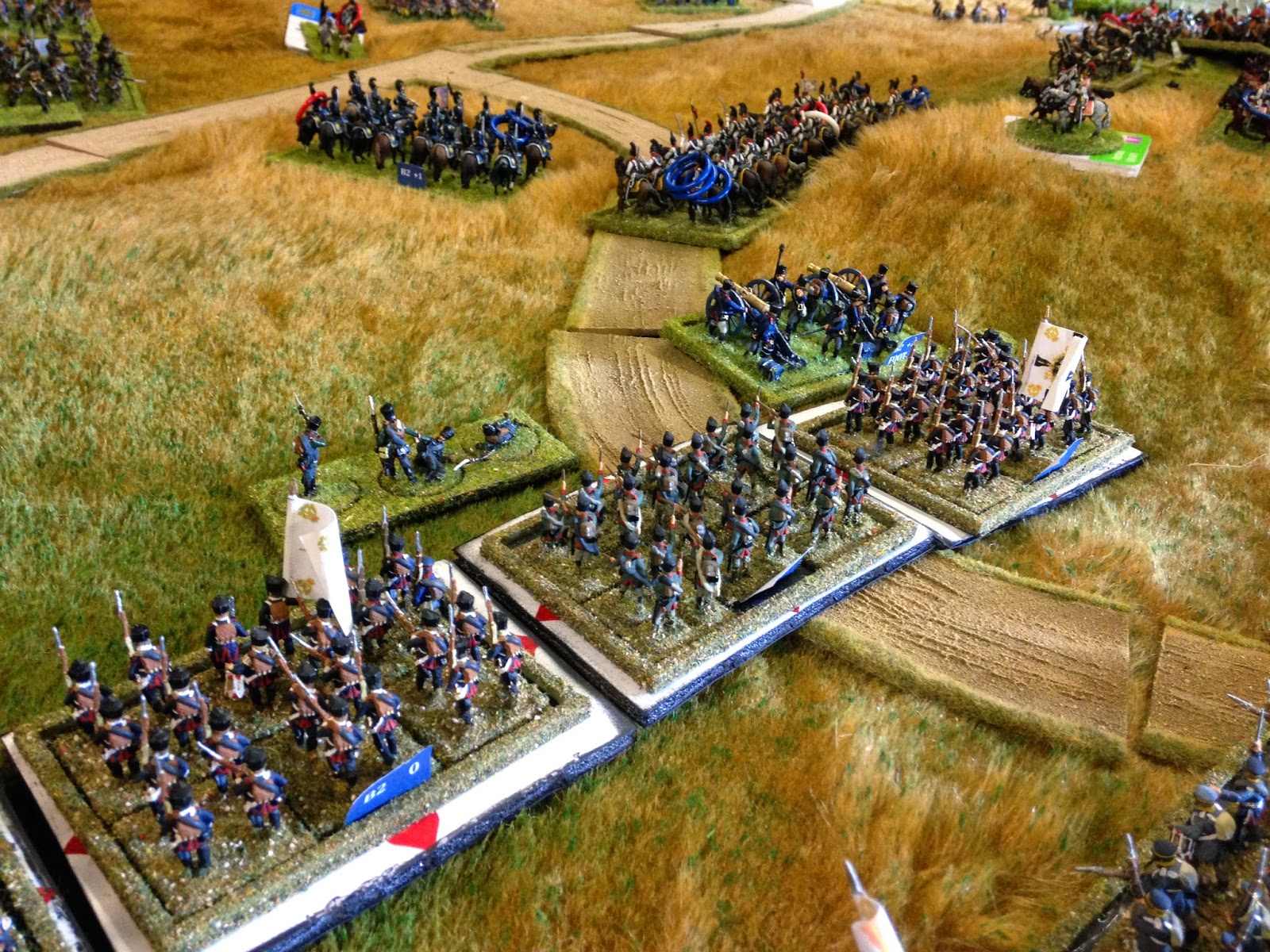 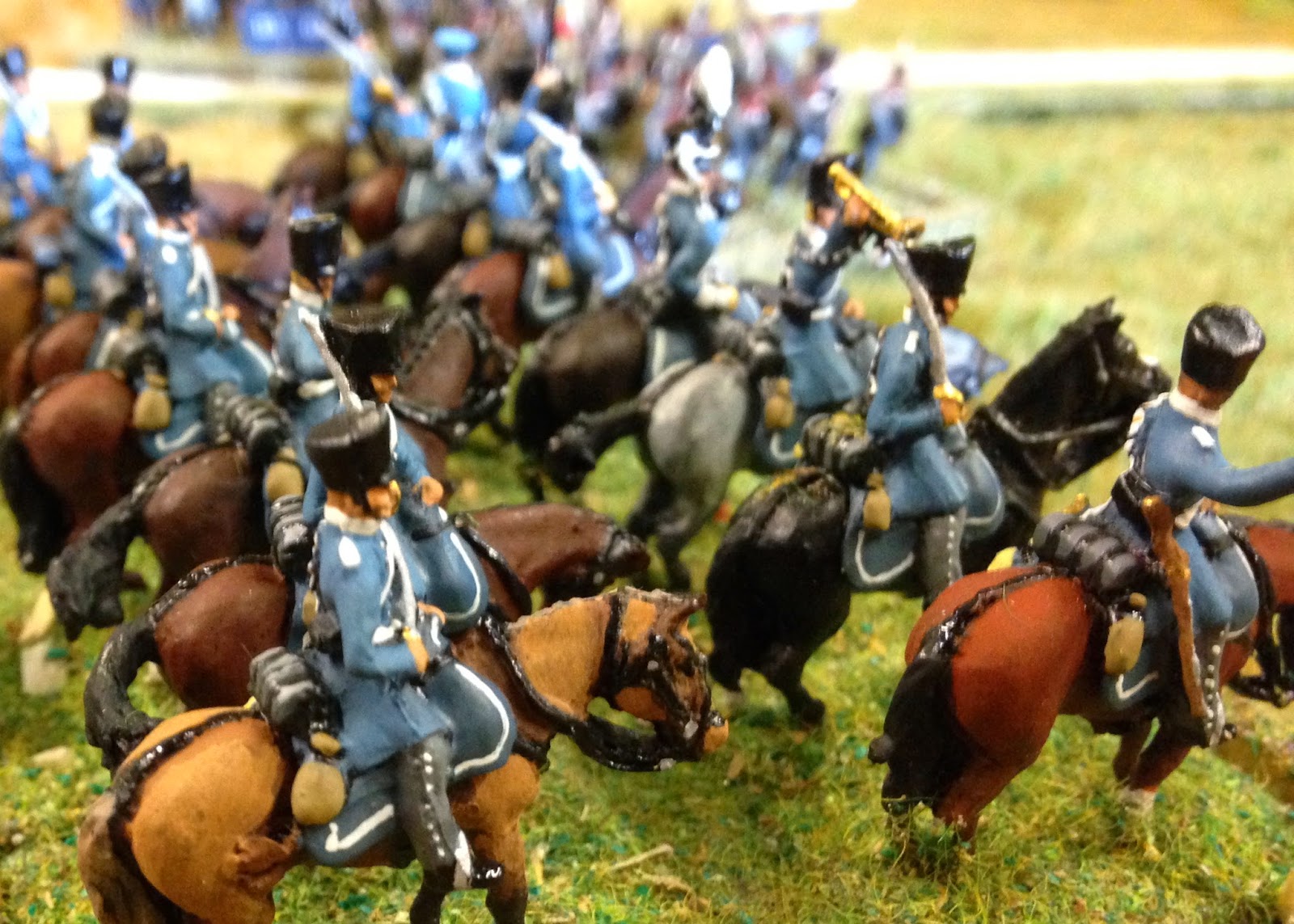 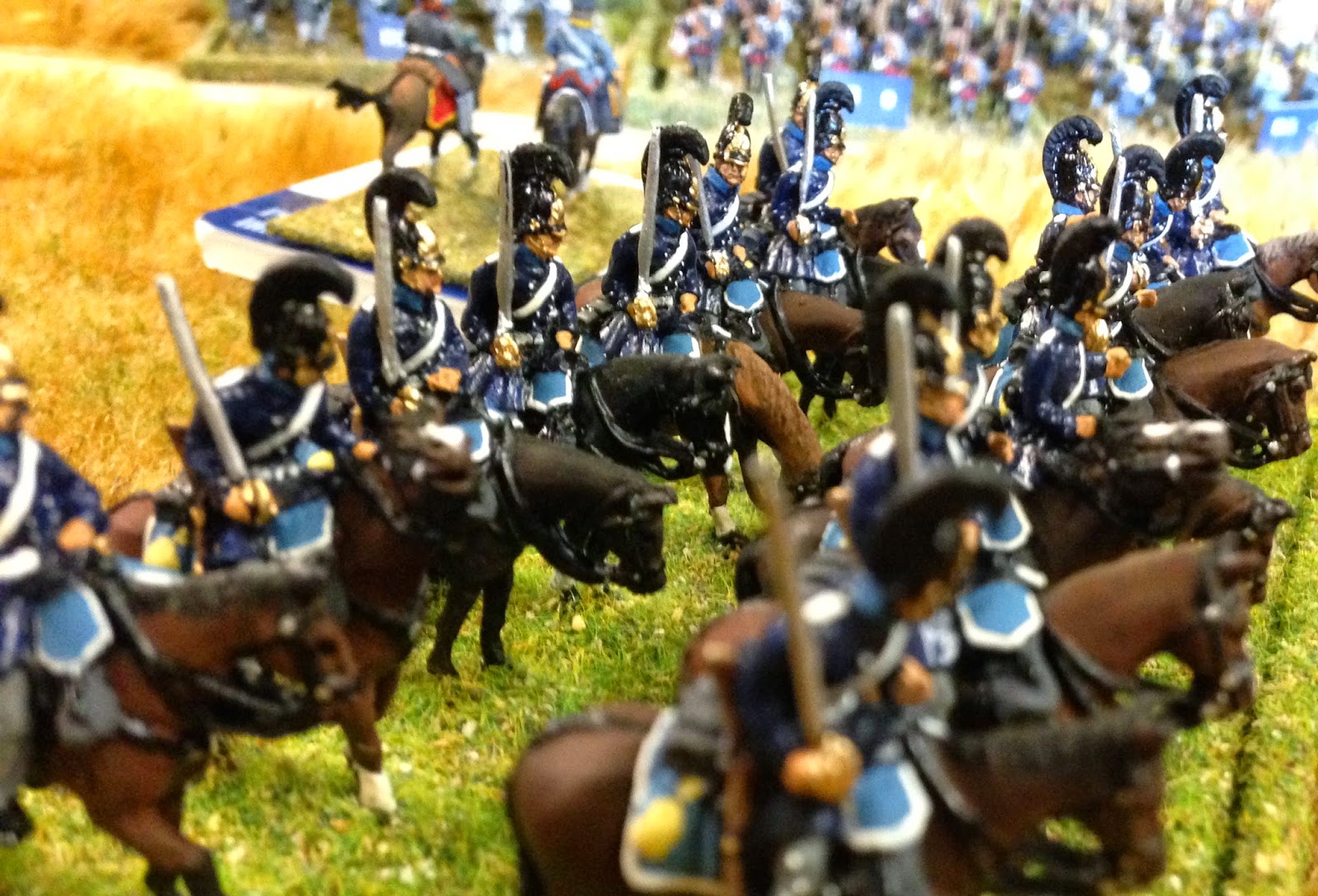 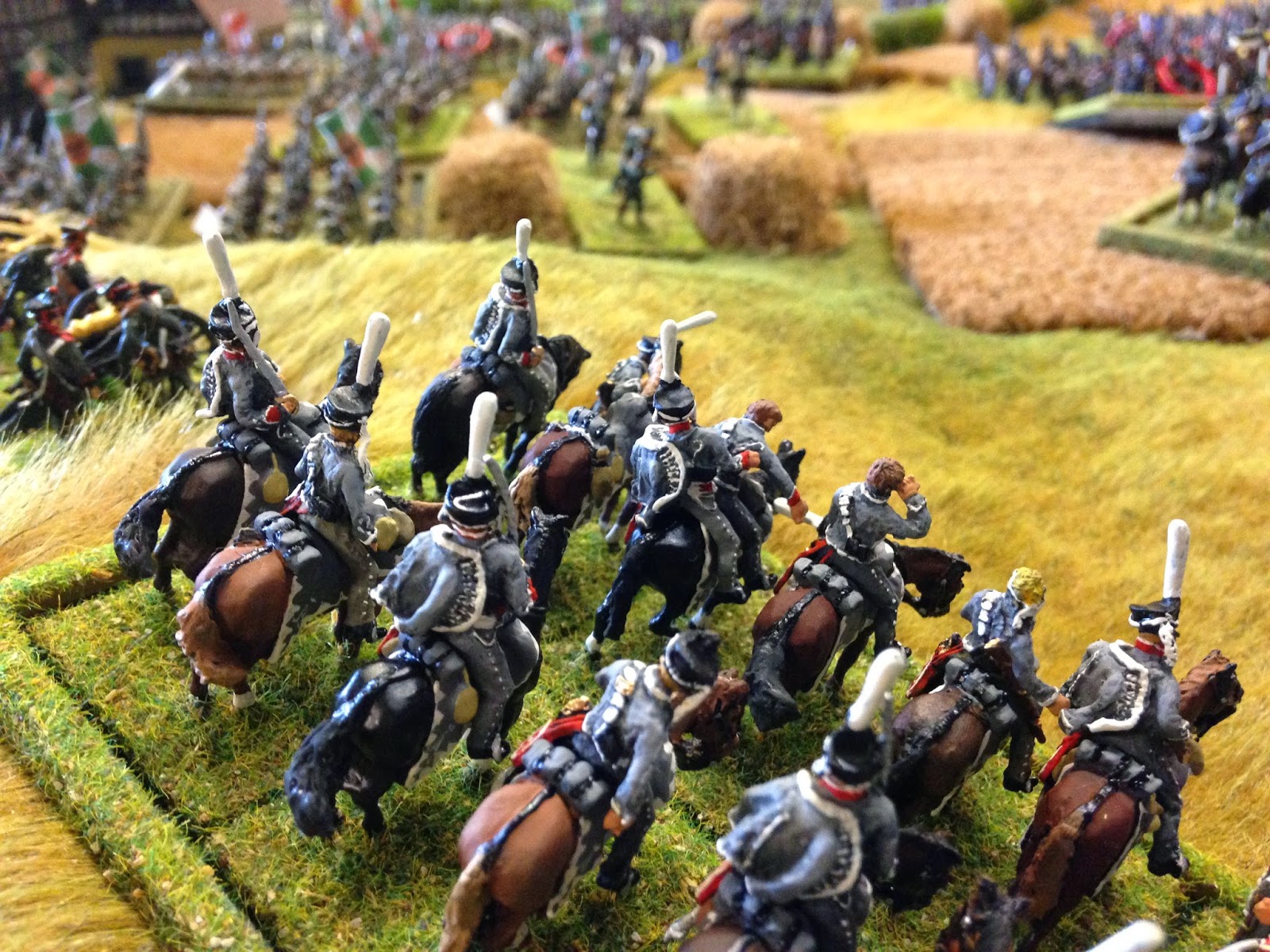 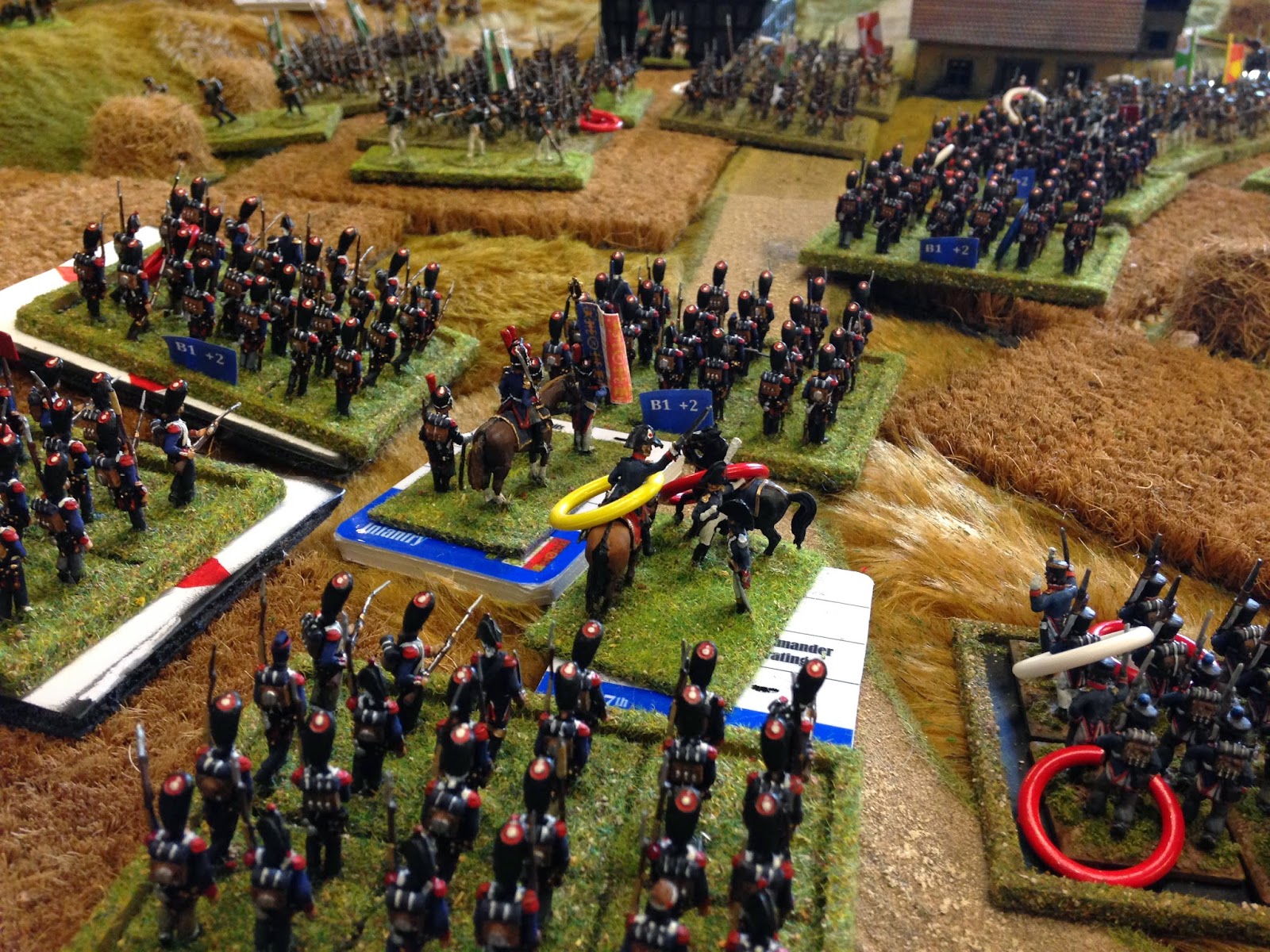 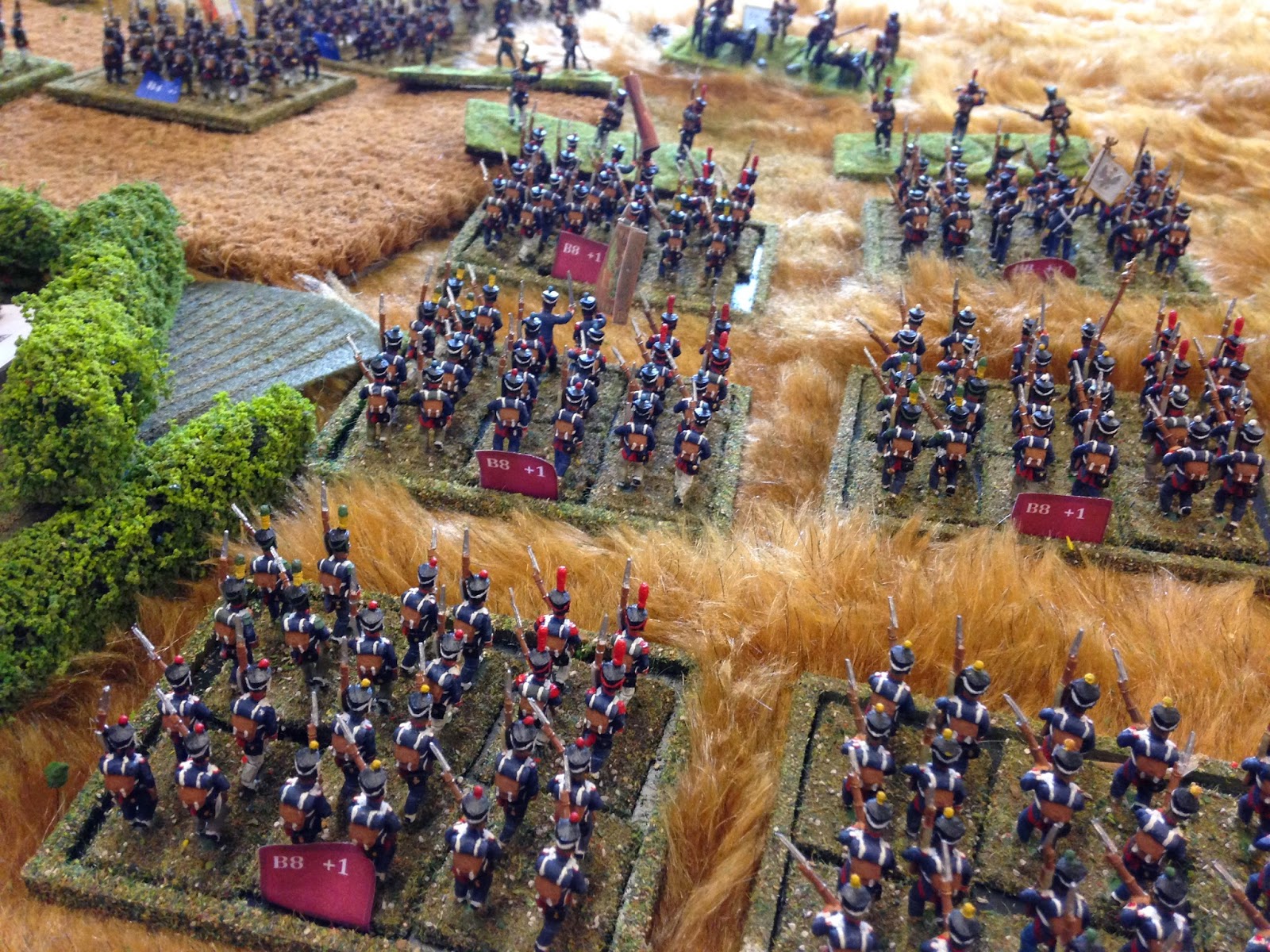 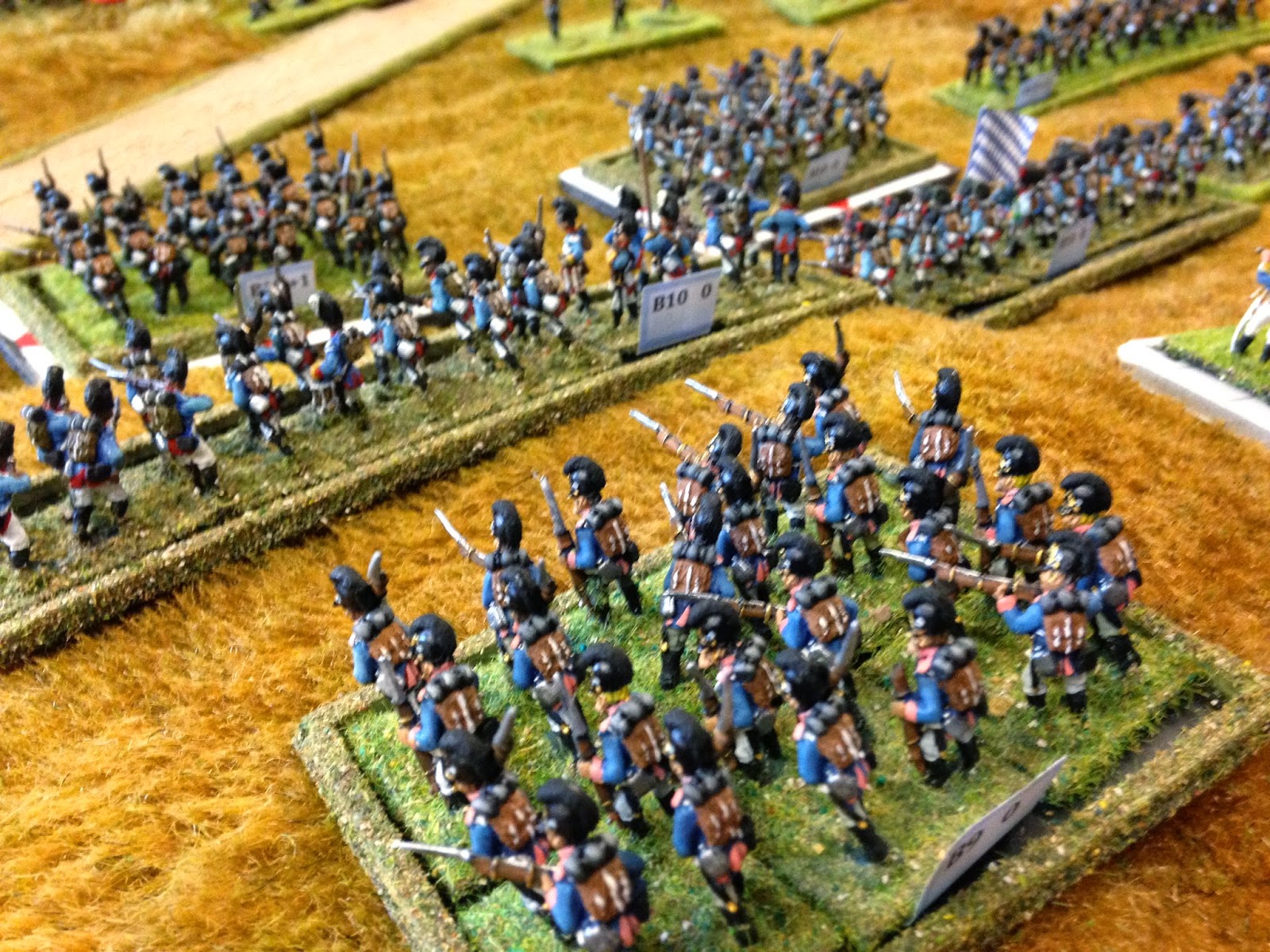 Bavarians not doing much. 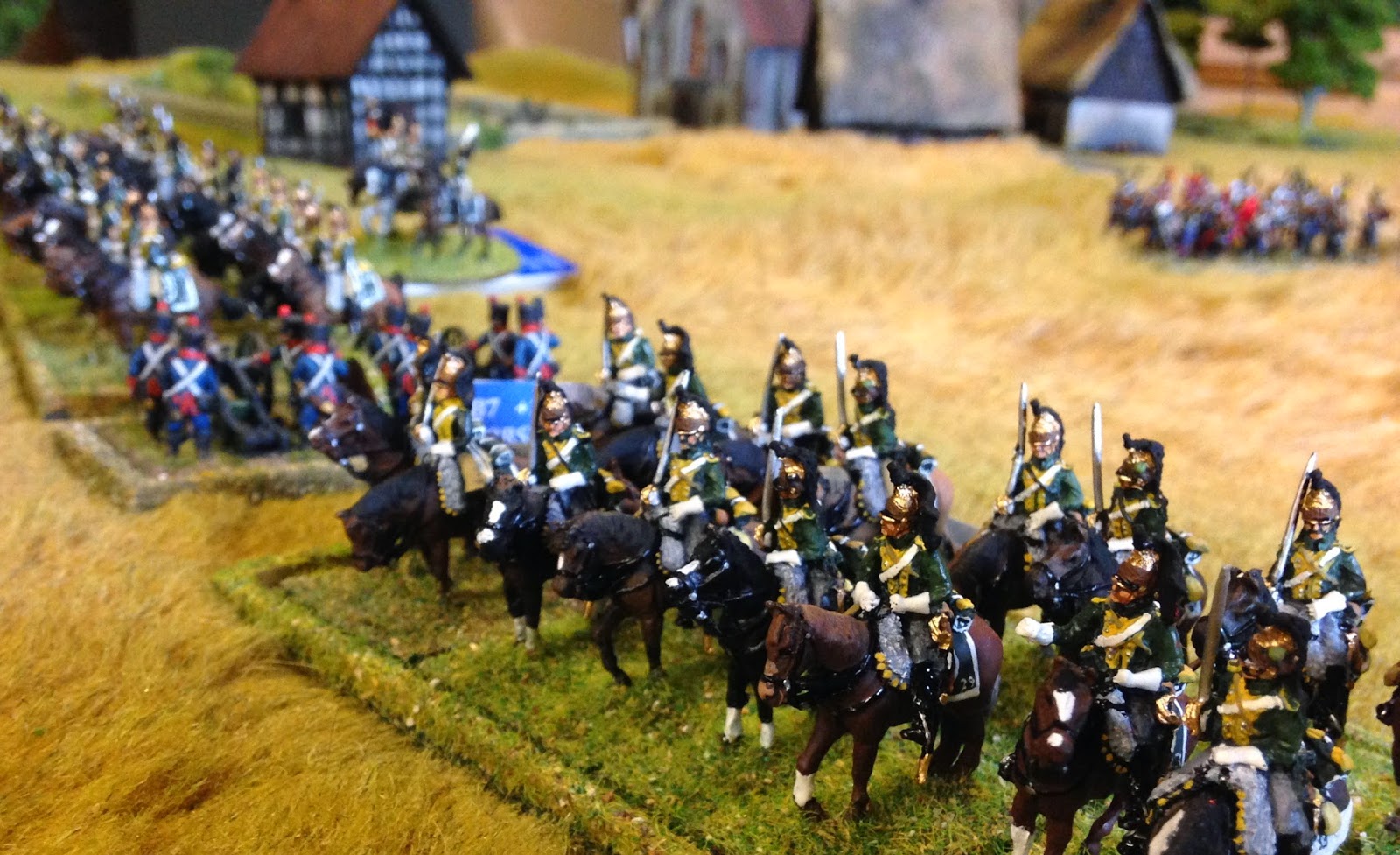 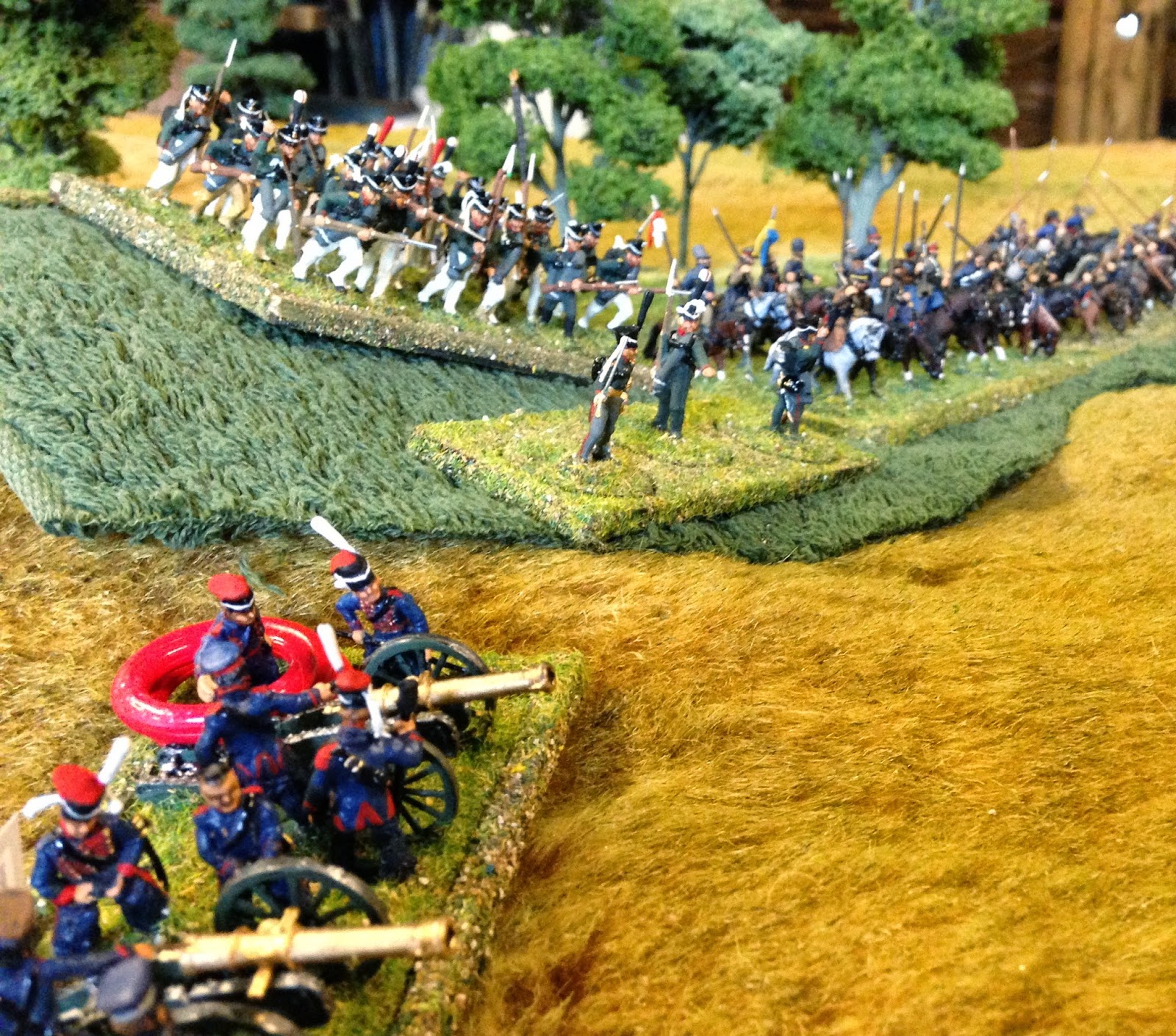 Russian right wing fall back into the wood.