Austrian Hussars 3rd Regiment 20mm/1/72 scale. The dark blue and ash grey shakos look more interesting than the usual red/green/light blue combinations. Courtesy of Francesco M from Holland. Nicely crafted figures though quite fragile. Less keen on the figure with raised sword as he looks at odds with the other more tranquil figures. I have never seen better painted figures than the ones he produces. My painting attempt (pictured here) looks very amateur when compared to his professional work. 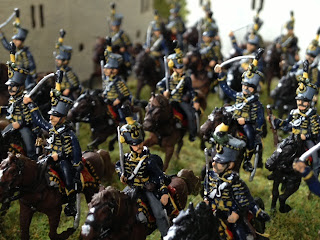 The scenario here was that the Russians had to take the village and take control of the road by move 16. The French were already occupying the village with one brigade of infantry with a cavalry brigade in support. The problem for the Russians was that their best infantry (Guard) and heavy cavalry were the wrong side of the river. As it turned out the Russians launched their attack with Dragoons and Hussars/Cossacks in the centre and threw one brigade of infantry at the village....with no support from the Cuirassiers or Guard infantry. By the time they did arrive it was all too late. 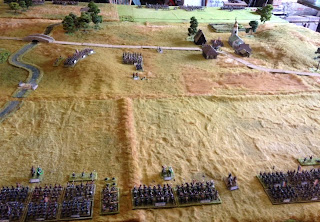 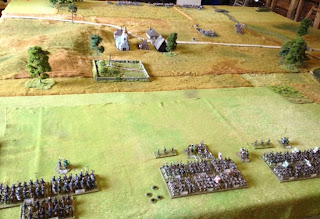 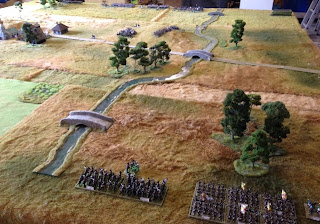 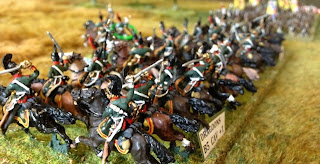 French cavalry waiting for their moment. 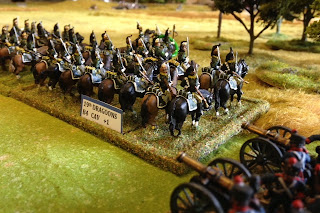 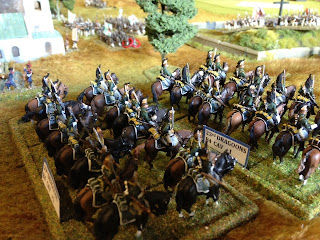 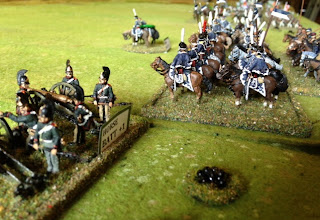 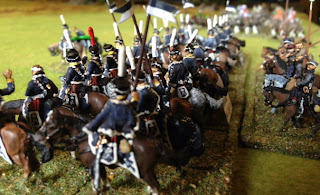 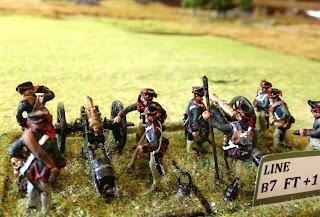 French cavalry just prior to launching their attack against the Russian hussars seen in the distance who had already been severely weakened during their approach by artillery fire. 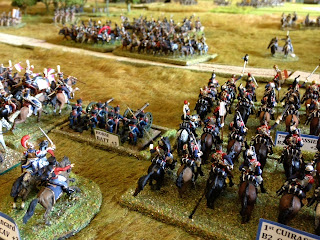 The battle for the village. French numbers were simply too strong. 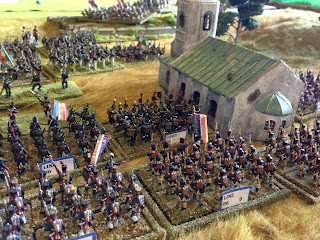