An exciting new campaign game will be introduced for 2015. Based on Napoleonic warfare in the 1813-14 era it will feature two teams of players initially playing online with an umpire overseeing the action. A large scale map will see players commanding divisions and brigades from France who will be up against forces from Russia, Prussia and Austria.

The game will include crucial elements that make a game realistic like light cavalry scouting, spies, and the use of engineers to both blow and make bridges. Whilst the Allies will have the numerical advantage, the French will be operating along interior lines, have a more flexible command and control structure, and have better local intelligence. Orders will be given by each team but last minute changes of heart will see units delayed in reacting to a new plan. When units do finally come up against each other this action will be replicated on a large gaming table in the barn. Units that were hitherto hidden on the map may remain hidden on the table also as the use of a neutral umpire makes this possible.

Anyone within reach of Newbury in Berkshire will be welcome to join in. We are anticipating a minimum of six players per side. So do get in touch. francis.long@hanslips.com 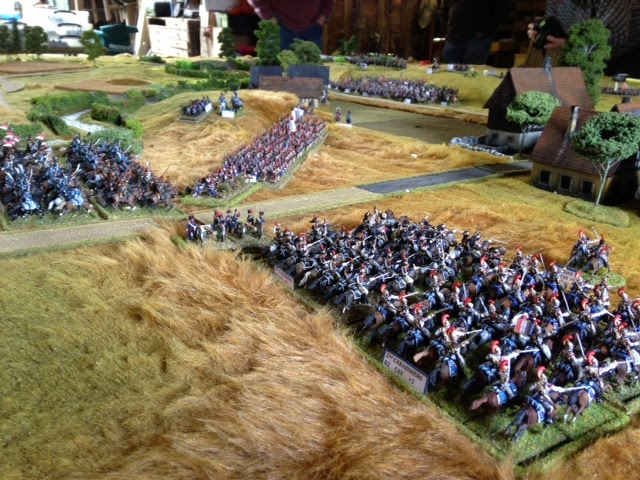